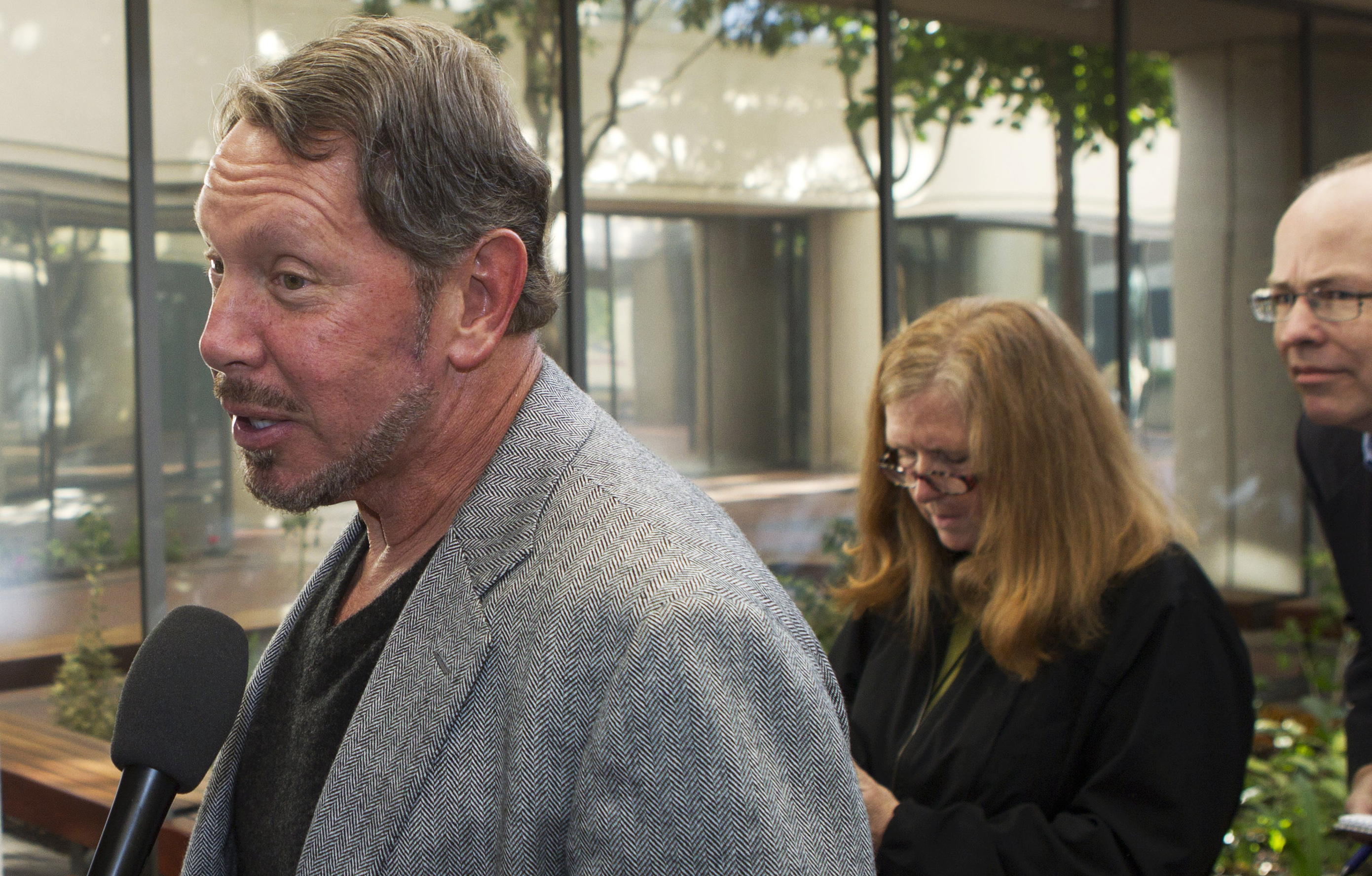 An Oracle lawsuit is giving Google a golden opportunity to regain its non-evil image. The search giant has been thumped lately on privacy, antitrust and governance grounds. But it looks almost virtuous in a patent spat with Larry Ellison’s Oracle.

Since its 2004 initial public offering that came with a vow to make the world better, Google’s halo has toppled. The company has rattled privacy advocates. Infractions have included using customer data from Google+, YouTube and sister sites to inform internet searches, and tricking Apple’s Safari web browser on iPhones into overriding privacy settings – something the company reversed only after getting caught.

Corporate governance hasn’t been stellar either. Founders Larry Page and Sergey Brin and Chairman Eric Schmidt control 66 percent of shareholder votes with only a quarter of the stock, thanks to super-voting shares issued in the IPO. And the founders are proposing a third class of non-voting shares, ensuring their future dominance over minority investors. Meanwhile, antitrust troubles loom. Regulators seem bent on proving Google uses its roughly 65 percent market share in search to muscle out, say, YouTube’s competitors.

That’s why the Oracle case may be oddly welcome. The software behemoth claims Google infringed patents and copyrights by copying parts of Oracle’s Java software platform for the Android smartphone operating system. Google says it used only publicly available portions and created the rest.

Many legal experts doubt the material at issue – computer language connecting programs and operating systems – can even be copyrighted. But it’s particularly irksome to techies that Oracle acquired Java by buying Sun Microsystems which, in true Silicon Valley spirit, never objected to Android. To them, Oracle looks like a patent troll, acquiring legal rights just to sue.

In fairness to Oracle, jurors have already found copyright infringement, although it may have been narrow enough to be legal. Patent and damages issues also remain to be decided. But in a milieu that prefers open innovation to costly lawsuits, Google is looking like a hero by default, at least in this particular conflict. The company should enjoy the love while it lasts.

Google asked a federal judge on May 12 to deny without a trial Oracle’s demand for payments based on the search giant’s infringement of software copyrights.

Oracle sued Google in August 2010 for allegedly violating copyrights and patents by essentially copying parts of Oracle’s Java software platform for Google’s Android smartphone operating system. Instead of licensing the platform, Google had built its own virtual machine, Dalvik, to run applications written with the Java programming language.

In the first phase of the trial, a U.S. district court jury found on May 7 that Google had infringed Oracle’s copyrights on Java’s “application program interfaces,” which are pieces of computer language or formatting that allow programs to communicate with an operating system. But the jury could not decide whether the infringement was limited enough to be permissible as “fair use” under the law. Google filed its May 12 summary judgment motion in response.