The gain in Spain 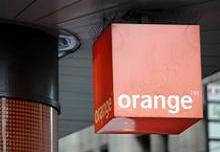 Vodafone’s 7.2 billion euro ($10 billion) purchase of Spanish cable firm Ono has put French rival Orange in a strategic bind. Without a similar deal, Orange risks becoming weaker in one of its most important markets. But the most suitable takeover target looks out of reach.

Spain is rapidly becoming a “quad-play” telecoms market where customers buy landlines, mobile, broadband and TV services together. As a mobile operator, Vodafone needed access to a fibre or high-speed cable network like Ono’s. Orange’s strategy was to build its own network with Vodafone, but this has been scaled back in the wake of the Ono deal.

The simple way for Orange to catch up with Vodafone would be to buy another cable or fibre group. TeliaSonera’s Yoigo, the fourth largest mobile operator, doesn’t fit the bill because it only has a commercial agreement to sell Telefonica’s landline services. The better target is Jazztel, publicly traded alternative fixed line operator, which is building a fibre network with Telefonica.

The snag is that Jazztel is plain expensive. It trades on an enterprise value of 16 times last year’s EBITDA, against the 10.5 times that Vodafone just paid for Ono. Orange might reap 700 million euros in savings, say analysts at Kepler Cheuvreux. But those would only reduce the price tag to a still lofty 12 times EBITDA.

If Orange cannot challenge Vodafone with some copycat M&A, it would have to seek commercial agreements with either Telefonica or even Ono to piggy-back off their infrastructure. Vodafone has filed a complaint with the Spanish regulator accusing Telefónica and Jazztel of excluding competitors from access to their fibre network. Similarly, Orange could try and press for access to Ono’s network.

The brave option would be to sit it out and bet that it is possible to succeed in Spain without being a major quad-play operator, targeting customers who do not want more than one or two services. But  with Telefonica aggressively pushing its quad-play offering, that would be a gamble too. Orange may decide the least painful option is to do an expensive deal.

The logo of the Orange telecommunication and internet provider is pictured in Lausanne November 25 2009. REUTERS/Denis Balibouse

Orange would look at opportunities for fixed line-consolidation in Spain in an “opportunistic way”, the French telecom group’s Chief Executive Stéphane Richard said during a results conference call on Mar. 6.

“There is nothing in the agenda even though clearly for us, Spain is, apart France, probably the key market in Europe where we will try to really focus our resources to play the consolidation,” he said.