The blizzard of Os 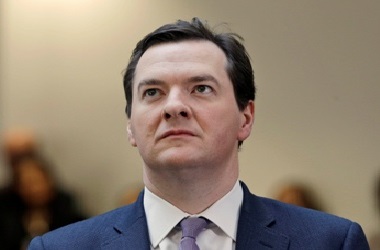 George Osborne has found the right outlet for his political ambitions. The UK chancellor, a serious contender to succeed Prime Minister David Cameron, has a habit of proposing ideas inimical to his conservative political base. Witness, for example, July’s announcement of a national “living wage”. Making a big play to better protect the UK financial sector in Europe is a better way to spend his time.

Britain’s rules of engagement with the rest of the 28-state European Union are due an upgrade. The 19-member euro zone’s banking union means it votes as a bloc. Safeguards put in place in 2012 by the pan-EU European Banking Authority require a majority of votes from both “ins” and “outs”, but as more outs join the single currency, that system will reach a natural expiry date. Moreover, the problem extends beyond banking regulation.

Osborne could work with what’s already in place. He could push for any proposal to be defeated if three “outs” demur, as think tank Open Europe suggested on Sept. 10. Or he could make City protection part of reforms the United Kingdom wants from changes to the EU treaties. While this is tricky to get past big hitters like Germany ahead of a referendum, it could be agreed as part of a so-called post-dated cheque, where nations pledge to make changes when treaties are next reopened.

The UK is right to expend political capital on protecting the City. Controlling migration, its other key policy interest, is laden with emotion and complexity because of the ongoing European refugee crisis. And the threat of being marginalised on financial issues is real. The UK’s reluctant imposition of the European Union’s misguided cap on banker bonuses is a good example of what would increasingly happen if Britain lacked a tangible voice.

Osborne is wise to take a proactive role in heading up these negotiations. Fashioning a sustainable relationship between the City and Europe would constitute a welcome departure from political gimmickry. He no doubt realises it would also give him support for a future run at becoming prime minister.

Britain's Chancellor of the Exchequer George Osborne listens to a speech during the opening of the Prudential Regulation Authority, in central London, April 2 2013. REUTERS/Lefteris Pitarakis/POOL

George Osborne is to demand that the European Union treaty is changed to protect the interests of the UK financial sector, the Financial Times said on Sept. 9.

The UK Chancellor of the Exchequer warned that changes to Europe’s single market had threatened to disadvantage the City, including an attempt to force clearing houses handling euro business to move to the euro zone.

“I think you have to write into the treaty the basic principles of the integrity of single market, non-discrimination against non-euro members,” he told members of the House of Lords economic affairs committee.

Prime Minister David Cameron was defeated in parliament on Sept. 7 over a proposal to water down the so-called purdah under which ministers cannot make announcements in the 28 days preceding a planned European Union membership referendum that might affect the outcome.