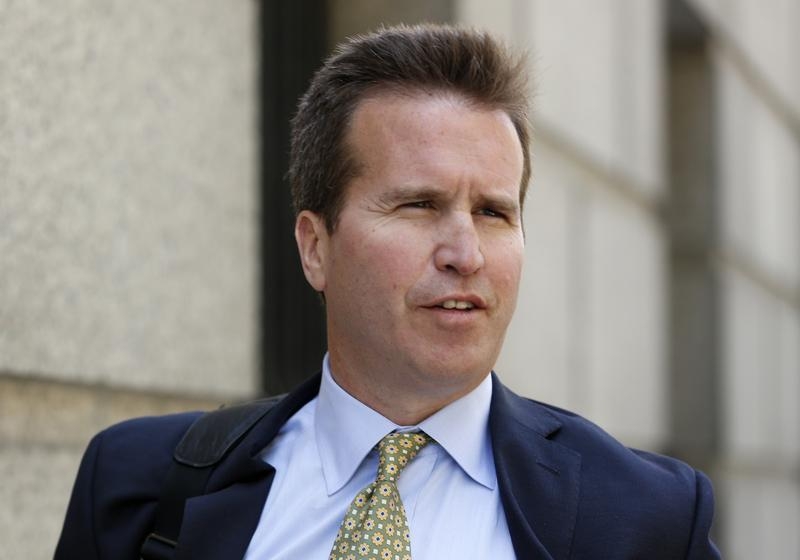 Enforcers have revealed an insider trading line by stepping over it. A U.S. court on Wednesday tossed convictions of two hedge fund managers, sharply narrowing the law on improper dealings. Prosecutors should expect more embarrassing reversals. The silver lining is that the ruling gives Wall Street some much-needed clarity on what’s forbidden and should curb government excesses.

Anthony Chiasson and Todd Newman were spared prison because of a legal nuance. They traded on data passed from Dell and Nvidia employees through intermediaries, but denied knowing whether those insiders were compensated for their tips. They argued correctly that such knowledge was an essential element of the alleged crime. Prosecutors disagreed and persuaded the trial judge to instruct the jury accordingly.

The appeals court reversed, saying government lawyers had not even shown that the hedgies knew the origin of the information. That’s a big problem, the three-judge panel explained, because it’s easy to imagine a “trader who receives a tip and is unaware that his conduct was illegal.”

Lack of clarity has been a chronic weakness of the laws against insider trading. They prohibit using “material” information, for example, but courts often disagree on what that term means. A breach of some duty of trust is required, but it’s not always obvious when a duty exists.

Prosecutors have exploited these elastic concepts to inflict serious damage. Chiasson was slated to spend more than six years behind bars, while Newman was sentenced to almost five years. Their hedge funds – Level Global Investors and Diamondback Capital Management – were also put out of business.

Preet Bharara, the U.S. attorney who supervised the lawsuits, has won scores of important cases against insider traders. He brought down the likes of Galleon Fund founder Raj Rajaratnam and former McKinsey boss and Goldman Sachs director Rajat Gupta, reminding Wall Street that undermining the integrity of the markets is a serious crime.

His office, however, has overreached. Other targets like SAC Capital’s Michael Steinberg may now rely on Wednesday’s decision to overturn their own convictions. The Supreme Court said almost 80 years ago that the government’s interest is not in winning a case, but seeing that justice is done. The appeals court just provided a timely reminder when it comes to the active area of insider trading.

The three-judge panel ruled that defendants cannot be found guilty of insider trading absent proof that they knew the person who originally disclosed the confidential information received a personal benefit in return.

The three-judge panel ruled that defendants cannot be found guilty of insider trading absent proof that they knew the person who originally disclosed the confidential information received a personal benefit in return.