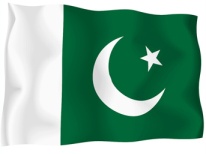 It’s all too easy to write off Pakistan: scary security situation, the government and the judiciary at each other’s throats and U.S. drones pounding tribal areas. But the economy is not a wasteland. Consumption is strong and a saner energy policy can revive investments.

Pakistani stocks closed at a four-year high on Aug. 31.
Indus Motor Company, in which Toyota owns a 37.5 percent stake, sold more than 55,000 cars in the financial year that ended in June. It was the company’s highest annual sales, the Tribune newspaper reported last month.
In an April report, the Asian Development Bank estimated that power and gas shortages were crimping GDP growth by between 3 and 4 percentage points annually.