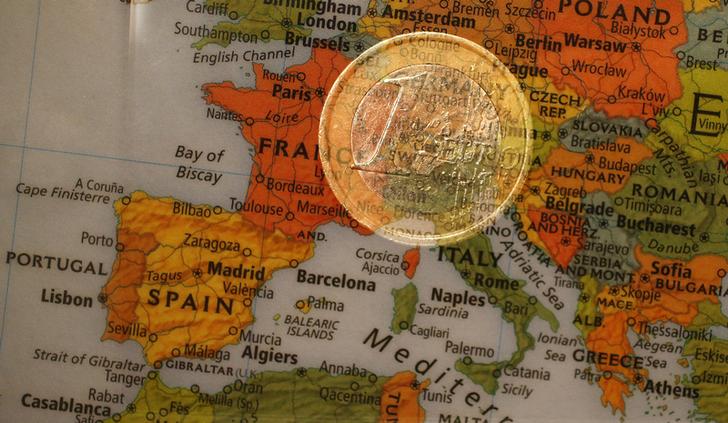 Italian and Spanish bond yields are falling with German ones. Investors no longer view southern European debt purely through the prism of credit risk. That makes sense for now. But over-optimism may be unwise, especially if low-to-no inflation hampers debt-cutting.

An IMF working paper estimates a 1 percentage-point increase in the share of government debt held by foreign investors could explain a 6-10 basis point reduction in long-term sovereign yields, based on 2004-2012 data for 22 advanced economies.