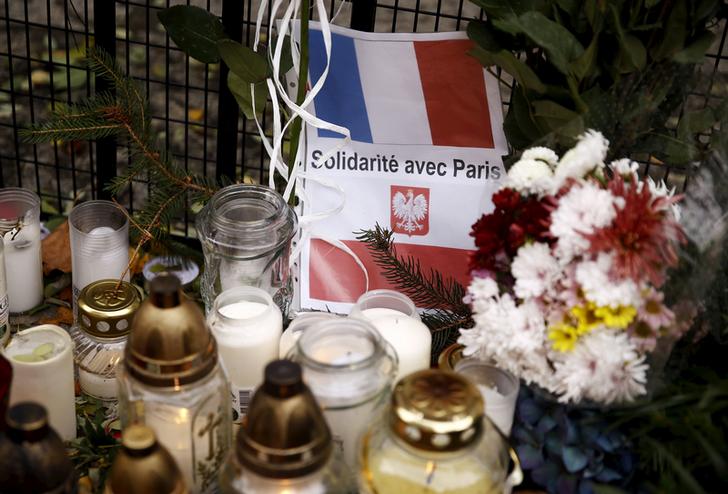 Deadly attacks across Paris have sparked the sort of international solidarity that could help Europe surmount recent acrimony. Unfortunately, the fear they will inevitably generate in France and abroad risks shaping debates about security and cultural integration in ways that might well divide.

European unity will be the first and most immediate reaction to the Nov. 13 assaults which left at least 127 dead in the French capital. National self-interests, which have fuelled fractious debates about how to handle a surge in migrants from the Middle East, will for a while be put aside in response to the killings. But there also may be more insidious effects.

First, security concerns sparked by the attack could pose yet another risk for the Schengen open borders policy which is supposed to operate across much of the European Union. The system is already under severe strain as countries try to control the movement of a huge influx of migrants. French President Francois Hollande has temporarily re-imposed border controls and the debate about whether such checks are needed on a permanent basis could grow once more is known about the attackers.

Granted, the European Union is about more than just Schengen. But rolling back on ideals-driven projects can have symbolic as well as practical consequences. Poland’s incoming European affairs minister already announced that the country could no longer accept migrants under EU quotas.

Second, minds as well as borders might start closing. Hollande said on Nov. 14 the attacks were organised by Islamic State from abroad with internal help. While few in the political mainstream are likely to seek political capital out of the tragedy, the issue of cultural integration may well resurface – all the more so because they come less than a year after the killings at the Paris offices of the Charlie Hebdo newspaper.

Any surge in anti-immigration and anti-Islamic sentiment could benefit the far-right National Front in French regional elections which are due to be held in less than a month. It may also boost other such parties across Europe. Few of these parties are friends of Europe. The risk is that post-traumatic unity is followed by division.

Gunmen and bombers attacked restaurants, a concert hall and a sports stadium at locations across Paris on Nov. 13, killing at least 127 people.

French President Francois Hollande said the attacks in Paris were “an act of war” organised from abroad by Islamic State with internal help.

Candles and flowers are seen in front of the French embassy after attacks in Paris on Friday, in Warsaw, Poland November 14, 2015

Gunmen and bombers attacked restaurants, a concert hall and a sports stadium at locations across Paris on Nov. 13, killing at least 127 people.

French President Francois Hollande said the attacks in Paris were “an act of war” organised from abroad by Islamic State with internal help.