We want some more 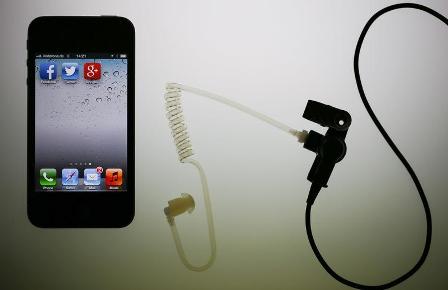 Hon Hai earns a crust making iPhones and the like for brands that reap hefty rewards further up the supply chain. While sales are growing, manufacturers must fight workers, brand owners and consumers for a bigger share of value. Patents may be a way to wrestle something back.

The application icons of Facebook, Twitter and Google are displayed on an iPhone next to an earphone set in this illustration photo taken in Berlin, June 17, 2013

Hon Hai has approximately 21,300 U.S. patents, of which 19,000 are active, according to research by the law firm Marks&Clerk and data from Thomson Innovation.
The Taiwanese manufacturer, which produces smartphones for Apple, reported its intangible asset increased in value to nearly NT$4 billion ($134 million) in March 2013 from NT$743 million a year earlier, according to the group’s consolidated financial statements. Intangible assets include patents.
Hon Hai plans to add as many as 10,000 engineers to its current team of 6,000 in Taiwan, according to a statement by Chairman Terry Gou on June 26. Their roles will focus on research and development, software and patent rights, he added.
Apple contracts currently account for as much as 60 percent of Hon Hai revenue, Reuters reported on June 26.  Apple reported on July 23 revenue of $35.3 billion for the quarter ending in June, an increase of 1 percent, year on year. Earnings fell 22 percent to $6.9 billion. Revenue from China shrank 14 percent.