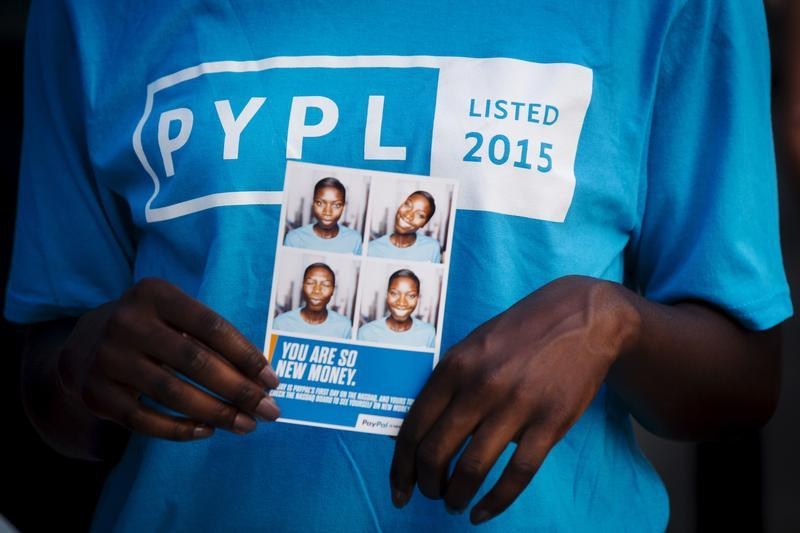 PayPal is footing the bill for doubts about who’s leading in financial technology. The $44 billion electronic-payments company just missed revenue estimates and posted a decline in how much it keeps of each transaction, sending its stock price down as much as 5 percent. Investor reaction seems unjustified, though, and may simply reflect fear and misunderstanding about the roles of industry players.

Creating mobile apps and other technology to improve bill paying is a rapidly growing business. Venture capital firms invested about $12 billion in industry startups last year, triple 2013’s amount, according to consulting firm Accenture. And the more than 10,000 people at this week’s Money 20/20 payments conference in Las Vegas was almost double 2014’s attendance.

PayPal is in the thick of it. The 16-year-old company, which just split from eBay, started as a disruptor and still is one to some extent. Venmo, the digital wallet it bought a couple of years ago, has quickly become a popular way for younger Americans to send each other money. PayPal, like some online lending startups, also offers loans to small businesses that traditional banks ignore.

The company is itself vulnerable to better ideas, though. Samsung Pay and Chase Pay – two new products that headlined the Las Vegas event – may eat into PayPal’s business. And the bigger the company gets, the more it encounters large retailers with bargaining heft. Hence the drop in its so-called take rate from 3.39 percent a year ago to 3.24 percent.

That and a $2.26 billion top line that missed estimates by 0.4 percent sent shareholders into a tizzy. They may, though, be reading too much into new competition. PayPal provides a lot of the plumbing for Chase Pay’s partner, Merchant Customer Exchange, for example.

Investors may also be discounting a 2 percentage-point increase in the company’s operating margin. With growing revenue, that seems a more telling measure than the take rate. And the company plans to charge people for using Venmo, currently a free service, to make payments over the PayPal network.

That hasn’t been enough to soothe skeptical investors. With conference crowds and VC interest booming, however, and banks looking for new ways to play, PayPal and its peers may yet find new friends.

A Paypal employee holds photographs of herself during celebrations for the company's relisting on the Nasdaq in New York, July 20, 2015. PayPal Holdings Inc shares jumped as much as 11 percent in their highly anticipated return to the Nasdaq on Monday, valuing the company at about $52 billion. REUTERS/Lucas Jackson

PayPal on Oct. 28 reported third-quarter earnings of $301 million, its first quarter as an independent company since splitting from eBay. At 31 cents a share, after excluding one-off adjustments, net income beat the consensus estimate of sell-side analysts of 29 cents a share.

PayPal also reported that its take rate, which measures how much the company keeps of each payment transaction it handles, dropped to 3.24 percent from 3.39 percent a year earlier.