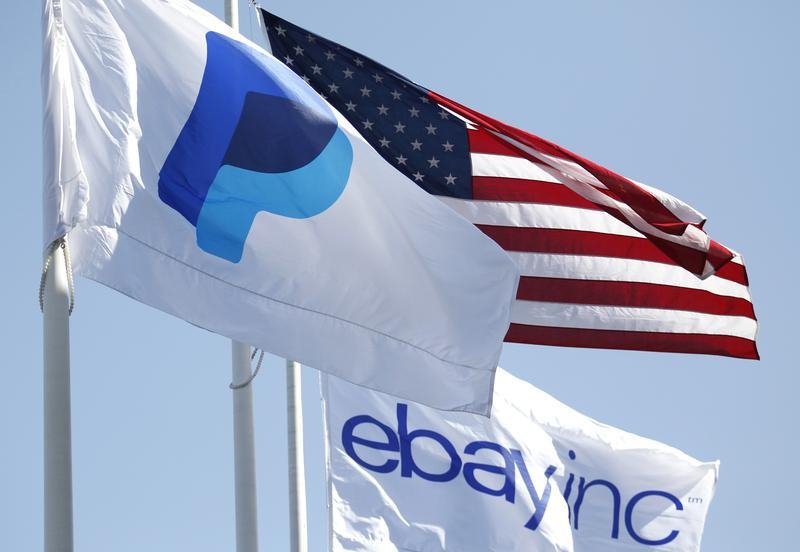 The online auctioneer bought the upstart in 2002 and spun it off 13 years later. EBay’s decision to go it alone on payments dented its former charge’s market cap by over $8 bln. But by now the $90 bln-plus PayPal is mostly weaned and ready to exploit its independence.

Flags of PayPal and eBay are seen next to a U.S. flag outside a PayPal office building in San Jose, California May 28, 2014.

EBay said on Jan. 31 that Dutch payments company Adyen will become its primary payments processor when its agreement with PayPal lapses in 2020. Shoppers will still be able to select PayPal as a form of payment until at least July 2023.

EBay accounted for about 13 percent of total payments processed by PayPal in the fourth quarter of 2017, down from 16 percent a year earlier.

PayPal also said that revenue for the fourth quarter was $3.7 billion, compared to $3 billion in the same quarter last year. Net income rose to $620 million, or 50 cents per share, in the quarter ended Dec. 31, from $390 million, or 32 cents per share, a year earlier. Total payments processed rose 32 percent to $131 billion.