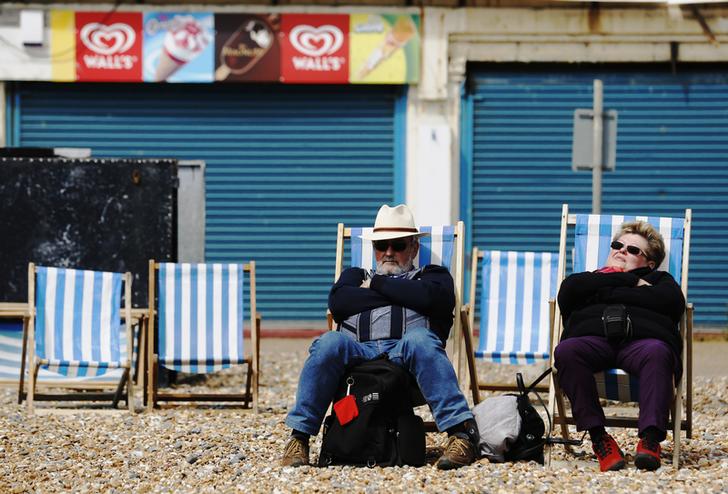 Rising bond yields improve the reported position of defined-benefit pension schemes. Corporate sponsors are happy, but the accounting mechanics are debatable and the financial reality is more complex. For the long term, the funding picture is still fraught with uncertainty.

An elderly couple sits on deck chairs on a cool afternoon on Brighton Beach at Brighton, in southern England June 14, 2013.

The yield on 10-year U.S. Treasury bonds, which hovered around 1.5 percent in June and July last year, has recently risen to 2.5 percent. The yield on 10-year UK government bonds, which sat at 1.6 percent on May 6, 2013, has climbed to 2.4 percent.
A report published on July 2 by Goldman Sachs, the investment bank, stated: “Falling bond yields have weighed on pension fund and insurance company solvency over recent years, and rising bond yields are therefore a clear positive as their liabilities are discounted more”.
The Towers Watson Global Pension Assets Study for 2013 valued the worldwide total invested in retirement schemes at $29.7 trillion. About 17 trillion is in U.S. schemes, with another 3.7 trillion in Japan and 2.7 trillion in the UK. The same study indicated that 55 percent of the worldwide total is held for defined-benefit schemes and 45 percent for defined-contribution plans.