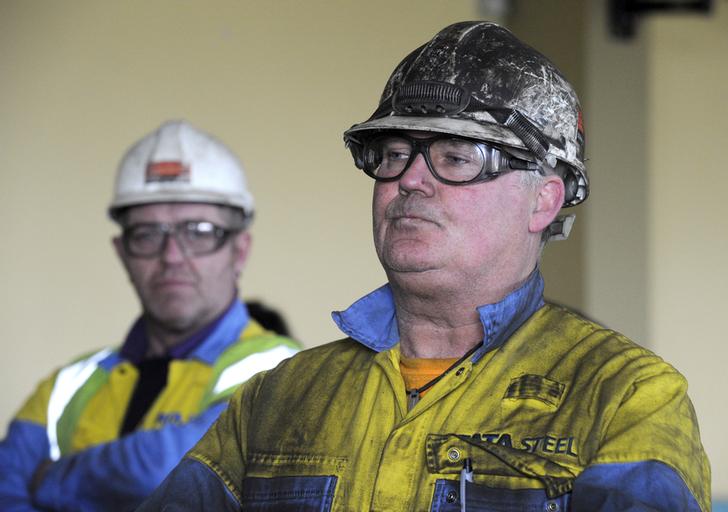 Steel manufacturing in the UK is down, but it doesn’t have to be out. Indian conglomerate Tata may have launched a fire sale of its UK assets, including the country’s largest steel factory in Port Talbot. But smelting of the metal in the UK can still be made profitable.

At current market prices, about $180 of iron ore, coal, limestone and scrap metal goes into smelting one tonne of steel. While there are other major production costs – the energy used to run rolling mills, staff wages and the depreciation of plant machinery – the raw materials are the single biggest cost. That compares with a current sale price of around $370 per tonne for rolled coil steel in China.

Tata’s real problem is a connection to the British Steel Pension Scheme and its 130,000 members. As of March 2015, the fund showed a deficit of 485 million pounds. In dealing with this problem, Tata’s options are limited. It can write a check to the trustees for at least 2 billion pounds to cover any future shortfalls in the scheme and walk away, or it can establish a holding company that it would have to oversee for the next 40 years, according to independent pension expert John Ralfe. Transferring responsibility for the scheme to a potential buyer of its UK assets is out of the question.

Hence Port Talbot doesn’t make sense for Tata, but it might do for someone. Ditching the pensions albatross by moving onto a defined contribution scheme would provide an immediate cost efficiency that any acquirer would otherwise have to impose elsewhere in order to make the plants profitable. The government could also guarantee the steel is used in UK infrastructure, provide loan guarantees and reduce the cost of energy. Over 10 years, these measures could help justify the 2 billion pounds of investment that Tata says is required.

The final issue is ongoing Chinese dumping of steel onto global markets at prices below the cost of production. But some buyers may be prepared to wait until demand recovers. It would require a long-term view – but then so does fixing Tata’s pension problem.

(This item has been corrected to add attribution in paragraph three.)

Tata Steel said on March 30 that it would explore all options for restructuring its European operations, including a potential sale of its UK unit in whole or in parts.

News of a possible sale has triggered calls in the UK for the potential nationalisation of the loss-making plants if buyers cannot be found.

The sale follows a tough year for the industry that has been caused by China increasing its exports of the metal at heavily discounted prices to offset weak domestic demand.

Tata had already announced cost savings on Jan. 18 that would lead to the loss of 1,050 jobs in Britain. On Jan. 13, Standard & Poor’s lowered its credit rating on Tata Steel UK to B+ from BB- and said the overseas unit had a “significantly weaker competitive position than the overall group.”