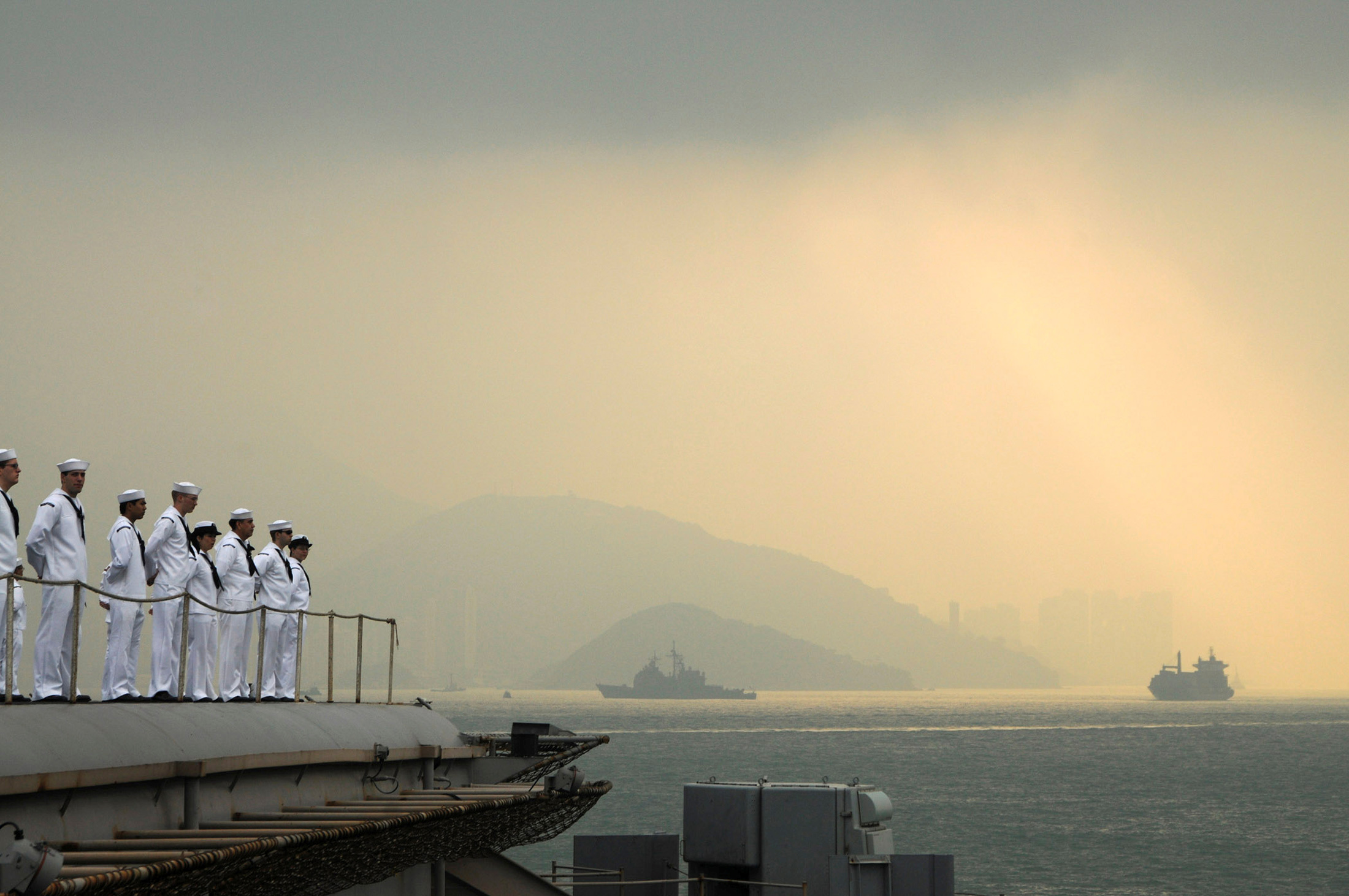 The U.S. military, facing supply problems and sea-level rises, is eager to cut out fossil fuels. BlackRock is one asset manager on the same page. Some lawmakers and Donald Trump have no such concerns. Reports released ahead of Climate Week help identify the dangers of inaction.

Sailors aboard the aircraft carrier USS George Washington man the rails as the ship pulls out of Hong Kong after a five-day port visit in this U.S. Navy handout photo dated November 14, 2011.

The effects of climate change endanger U.S. military operations and could increase the danger of international conflict, according to three new documents endorsed by retired top U.S. military officers and former national-security officials.

"There are few easy answers, but one thing is clear: the current trajectory of climatic change presents a strategically significant risk to U.S. national security, and inaction is not a viable option," said a statement published on Sept. 14 by the Center for Climate & Security, a Washington-based think tank, and signed by 25 former senior military and national-security officials.

A separate report by a panel of retired military officials, published the same day by the same organization, said more frequent extreme weather is a threat to U.S. coastal military installations. The group also published a climate briefing book for a new administration.

In June, the U.S. House of Representatives passed an amendment blocking funding for the Pentagon's climate-adaptation strategy. Some of the executive orders establishing energy security were issued by President George W. Bush.