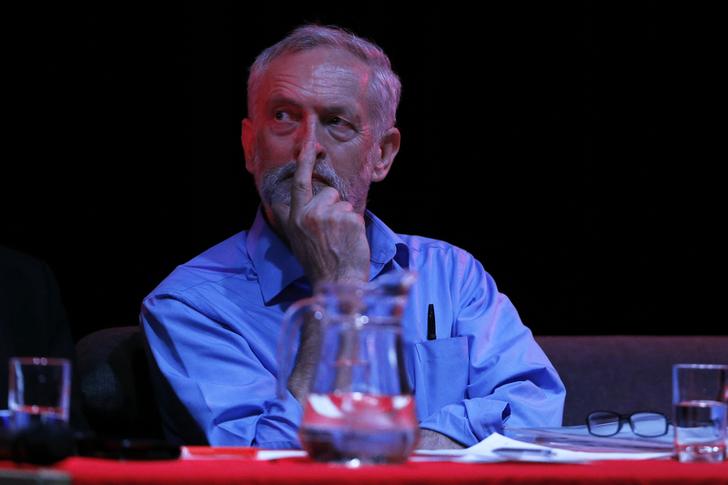 If the financial system were being designed from scratch today, “People’s QE” would be uncontroversial. Jeremy Corbyn, the new leader of the UK’s opposition Labour party, would need other radical ideas and clear-thinking hedge fund managers such as Paul Marshall would gain no notoriety for endorsing common sense in the pages of the Financial Times.

Central bankers use quantitative easing, which can be defined as the official creation of new money, to bring down interest rates and increase liquidity in financial markets. In People’s QE, as sketched out by Corbyn and tentatively endorsed by Marshall in a Sept. 22 column, the government uses newly created funds to pay for infrastructure investments. The ultimate goal is the same – to help the monetary system support the real economy.

When central banks’ QE was introduced, it was considered an unconventional type of monetary policy. Most economists now accept it as a reasonable policy when the policy interest rate is close to zero.

People’s QE could have a similar transformation. Right now it looks like a highly risky form of fiscal policy. But the risks are largely hypothetical. Theoretically, money-printing would allow wild governments to undermine wise central banks and investors. However, central banks were not wise enough to prevent a huge financial crisis, and today’s bond buyers are usually either foolish or supine. Unrestrained governments could conceivably print enough money to create dangerously high inflation rates. These days, though, deflation looks like a bigger risk.

On the other hand, replacing borrowing with PQE would bring tangible gains. PQE is safer. Not issuing debt reduces the total leverage in the economy, neuters mercurial traders and reduces the power of possibly unreliable foreign lenders. It is also more just, because it avoids the transfer of interest payments from generally poorer taxpayers to generally richer bondholders.

Indeed, PQE only seems radical because the system for financing governments is so backwards. When the main government expense was for pointless wars, money-lenders may have played a stabilising role. For large elected governments which are expected to use fiscal policy to keep the economy in good health, voters provide better guidance than bankers.

In his manifesto for the contest to be leader of the UK Labour party, Jeremy Corbyn promised to rebalance the economy “away from finance towards the high-growth, sustainable sectors of the future”. He said: “One option would be for the Bank of England to be given a new mandate to upgrade our economy to invest in new large scale housing, energy, transport and digital projects: Quantitative easing for people instead of banks.”

Paul Marshall, chairman of Marshall Wace, a London-based hedge fund, wrote in the Sept. 22 Financial Times that, “if the idea [of using quantitative easing] were kept as something to implement the next time the country faces a financial crisis, it would carry quite a lot of respectability”.