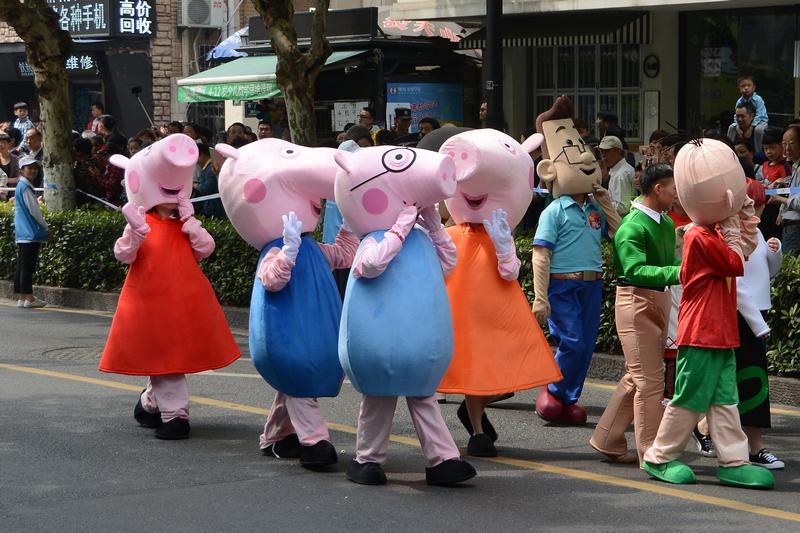 Hasbro has found juicy slabs of fat to cut to justify the $4 bln it is paying to buy UK studio Entertainment One, home to the porcine cartoon character. The U.S. toymaker is also larding up on debt and diluting shareholders for the deal. That could leave it stuck in some mud.

People dressed as characters from the animated series "Peppa Pig" take part in a parade during the China International Cartoon and Animation Festival in Hangzhou, Zhejiang province, China April 29, 2018. Picture taken April 29, 2018. REUTERS/Stringer ATTENTION EDITORS - THIS IMAGE WAS PROVIDED BY A THIRD PARTY. CHINA OUT.

Hasbro said on Aug. 22 it has agreed to buy Entertainment One for 5.60 British pounds a share, or about 2.8 billion pounds ($3.4 billion), a roughly 26% premium to its last closing price. Including net debt, the enterprise value of the deal for the owner of Peppa Pig and PJ Masks is around $4 billion.

The U.S. toymaker intends to sell new shares to cover between $1 billion and $1.25 billion of the purchase price and will borrow the rest. Hasbro will keep paying its dividend but is suspending share repurchases until its gross debt falls below its leverage target of 2.5 times EBITDA, which it expects will take three to four years.