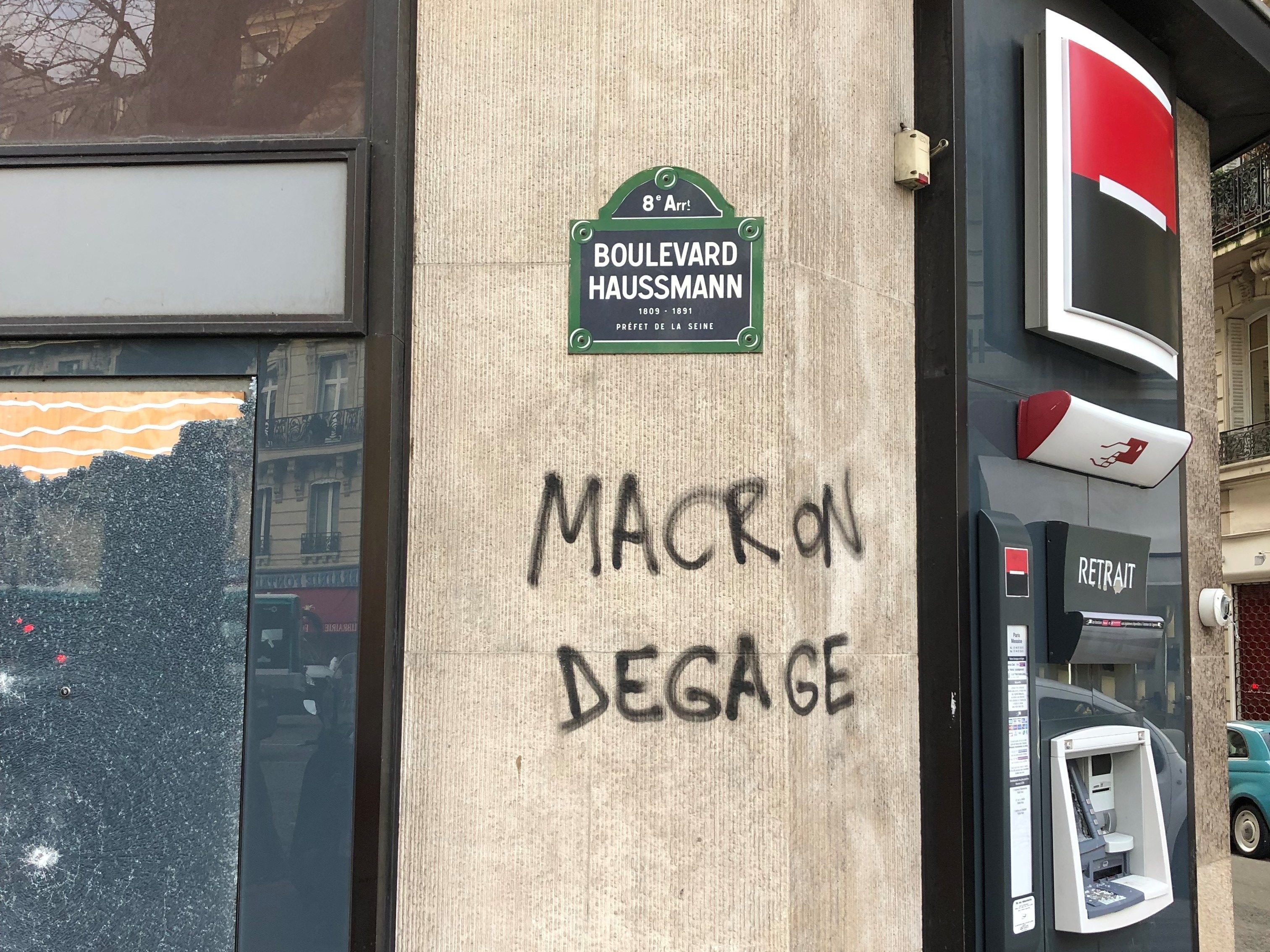 France’s president pivoted from Teutonic austerity to Matteo Salvini-ish populism in response to violent protests over inequality. He pledged state cash to help the underpaid and pensioners. That may push up French borrowing costs without pleasing those in yellow vests.

France’s President Emmanuel Macron on Dec. 10 announced wage rises for the country’s poorest workers and tax cuts for pensioners in further concessions meant to defuse weeks of often violent protests that have challenged his authority.

In his first national address following France’s worst unrest for years, Macron sought to restore calm and struck a humble tone after accusations his governing style and economic policies were fracturing the country.

But he refused to reinstate a wealth tax and to back down on his reform agenda, which he said would proceed in 2019 with overhauls of pensions, unemployment benefits and public expenditure.

“We will respond to the economic and social urgency with strong measures, by cutting taxes more rapidly, by keeping our spending under control, but not with U-turns,” Macron said in the 13-minute TV address from the Élysée Palace.

His response came 48 hours after protesters fought street battles with riot police, torching cars and looting shops - the fourth weekend of protests for the “yellow vest” movement which started as a revolt against high fuel costs.

Macron said people on the minimum wage would see their salaries rise by 100 euros ($114) a month in 2019 without extra costs to employers.

His labour minister said this would be achieved by the government topping up small salaries.

Pensioners earning less than 2,000 euros per month will see this year’s increase in social security taxes scrapped, Macron said, going back on a measure that had particularly hurt his popularity with older voters.