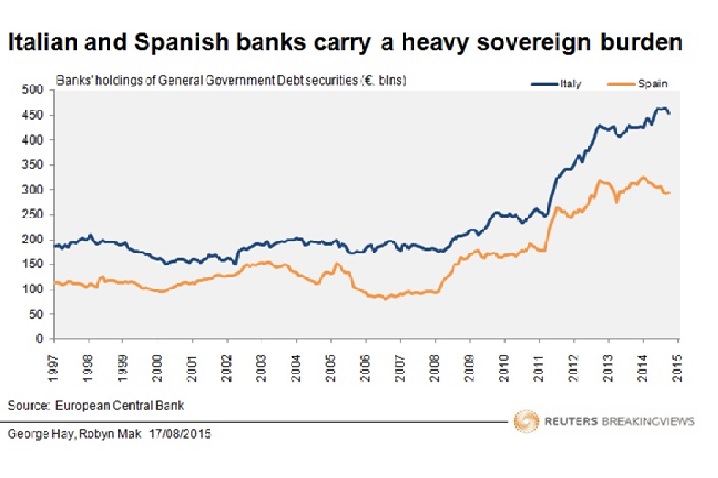 Lenders stuffed with government bonds have gained from falls in yields since 2012, but Greek volatility hurt their book values in the second quarter. Right now, ECB quantitative easing means bond prices won’t fall far. If this ended and bond markets crashed, things could get trickier.

Spanish banks held 294 billion euros of government securities in June, according to European Central Bank figures, compared to 306 billion euros in March and 312 billion euros at the end of 2014.