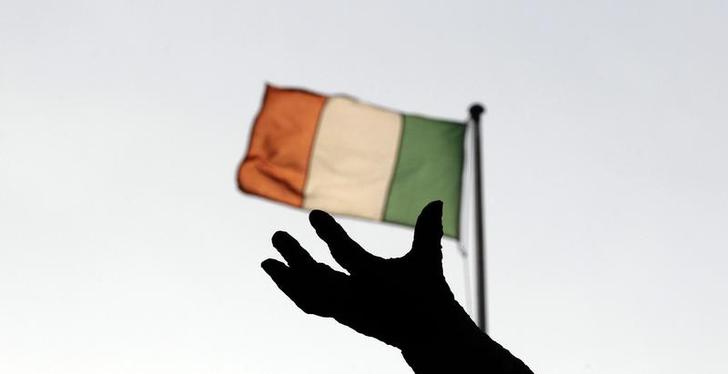 Ireland has long been stuck with an in-and-out mild recession. Tentative green shoots are now sprouting, but Dublin’s dependence on external demand will keep the recovery slow and bumpy. Still, such relative stability is a fair aspiration for the rest of the euro zone periphery.

Ireland's national flag flies above a statue on O'Connell Street in Dublin.

Ireland’s services sector expanded in July at its fastest rate in more than six years, marking a 12th successive month of growth, according to a poll of Irish private-sector service companies. The Investec Purchasing Managers’ Index (PMI) of service-sector activity rose to 57.6 from 54.9 in June - above the 50 mark that separates growth from contraction and the highest since April 2007.
Residential property prices in Ireland increased by 1.2 percent in June, up from an annual fall of 14.4 percent in the same month last year and the first rise since January 2008, the central statistics office said on July 23. Prices of Irish homes have fallen on average by 50 percent since the 2008 property crash.
Irish gross domestic product shrank 0.6 percent in the first quarter of 2013 from the previous three months, confounding analysts’ expectations of 0.3 percent growth, new and revised figures by the the central statistics office showed on June 27.