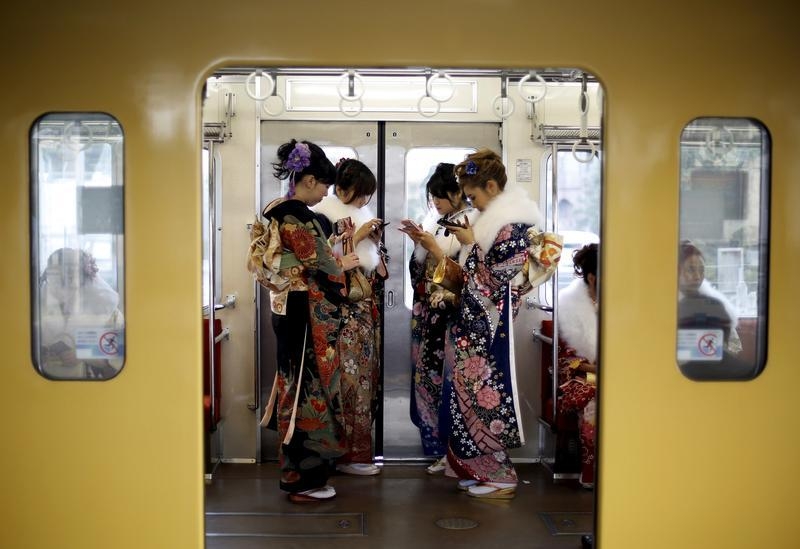 Rail operator JR Kyushu has bagged a top price for its Tokyo debut. As in the selloff of Japan Post, familiarity and fat dividends help. So does a local tradition of non-cash goodies for retail investors, which upgrades their effective yield here from standard to first-class.

Japanese women wearing kimonos look at their mobile phones after their Coming of Age Day celebration ceremony at an amusement park in Tokyo January 11, 2016. According to a government announcement, more than 1.2 million men and women who were born in 1995 marked the coming of age this year, a decrease of approximately 50,000 from last year. REUTERS/Yuya Shino - RTX21SM2

Kyushu Railway set the price for its initial public offering at the top of its marketing range, raising 416 billion yen ($4 billion) in what will be Japan's biggest listing this year, Reuters reported on Oct. 17, citing a regulatory filing.

The government-owned company, better known as JR Kyushu, priced the IPO at 2,600 yen ($25.27) per share, compared with a book-building range of 2,400 to 2,600 yen, reflecting strong interest in the railway operator. The government will sell its entire stake of 160 million shares.