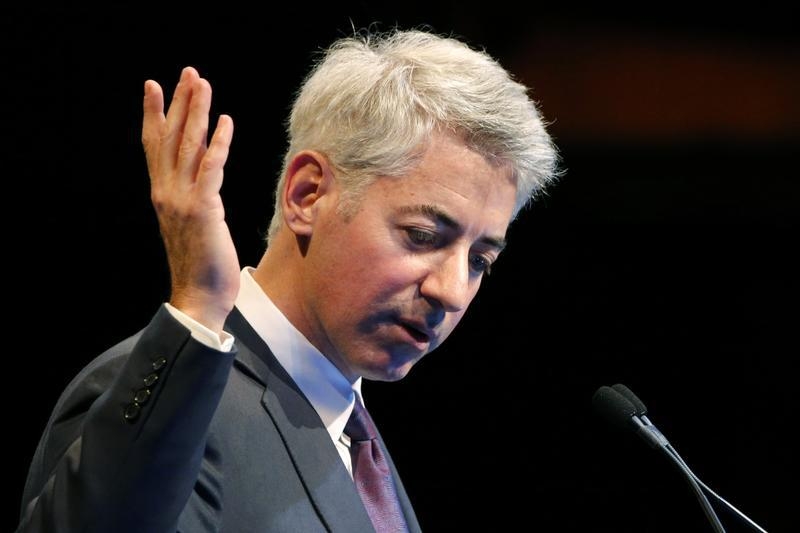 Bill Ackman is having a nightmare. The founder of the $11 billion Pershing Square Capital Management hedge fund is feeling the pain of a big investment in the floundering Valeant Pharmaceuticals, which lost about half its already shrunken market value on Tuesday after failing to publish audited accounts for 2015. Ackman has had plenty of wins, too. One of the biggest was locking up what’s called permanent capital.

Ackman runs a concentrated portfolio. As of Tuesday, Pershing Square had lost over $3 billion on Valeant as the drug company’s stock has shed more than 85 percent of its value since last August. Smaller bets, such as Platform Specialty Products, aren’t going well either. And the firm’s $1 billion short wager against multi-level marketer Herbalife shows no sign of paying off.

The result was losses of some 20 percent last year and the same again in the first two months of 2016. For many hedge funds, bleeding so profusely would be life-threatening. Investors can lose faith or worry that others will – in either case, they may all rush to pull out their money at once. Ackman’s first fund, Gotham Partners, capsized over a decade ago after being hit by a wave of withdrawals, and he was hamstrung during the financial crisis when he’d have preferred to have the cash to buy assets on the cheap.

Hedge funds typically limit the pace of redemptions. Most investors in Ackman’s main fund can only take out one-eighth of their holdings each quarter. But Pershing Square has gone even further. In 2014 it raised about $3 billion by floating a separate vehicle called Pershing Square Holdings on Euronext Amsterdam. Existing investors converted some holdings, resulting in a block of captive capital whose net asset value is still worth almost $4 billion today.

Pershing Square Holdings’ roughly $1 billion of bonds outstanding add to the funds that can’t quickly be redeemed. Include the investments held by Ackman, his family and his friends, and over half Pershing Square’s total funds are not going anywhere.

Ever confident, Ackman still believes Valeant is underappreciated, according to a letter to investors on Tuesday, and he now has a representative on the company’s board. His base of permanent capital makes it far less likely that short-term troubles can force him off the investing field – buying him time to prove the doubters wrong.

Pershing Square Holdings lost 19.9 percent of its value in the first two months of 2016, and was down 20.5 percent in 2015. The listed company is a funding vehicle for Bill Ackman’s hedge-fund firm, Pershing Square Capital Management.

Pershing Square runs a concentrated portfolio. It owns 9 percent of Valeant Pharmaceuticals in stock and options, according to the latest securities filings. The stock has lost approximately two-thirds of its value in the year to date, and more than 85 percent of its value since last August.

Pershing Square has around $11 billion of assets under management.