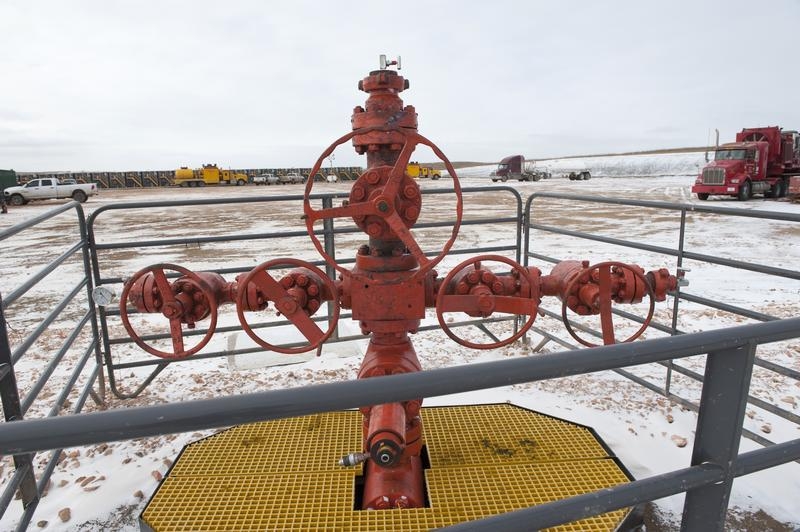 Hess is joining Anadarko in trimming capital spending as oil prices stay stuck under $50 a barrel. Meanwhile smaller Permian producers show little sign of throttling back. With lean balance sheets and growing efficiency, they look set to continue to inflict pain on competitors.

A new oil well head waits to be fracked at a Hess site near Williston, North Dakota November 12, 2014. REUTERS/Andrew Cullen

Hess on July 26 reported a net loss of $449 million in the second quarter of 2017, compared with a loss of $392 million in the same period a year earlier. Excluding one-time items, the loss amounted to $1.41 a share, wider than the $1.34 loss expected by analysts, according to Thomson Reuters I/B/E/S.

The company said it expects capital expenditures to total $2.15 billion for all of 2017, down from its previous guidance of $2.25 billion.

On July 24, Anadarko Petroleum posted a larger-than-expected quarterly loss of $415 million, or 76 cents a share, and said it would cut its 2017 capital budget by $300 million, or 7 percent.