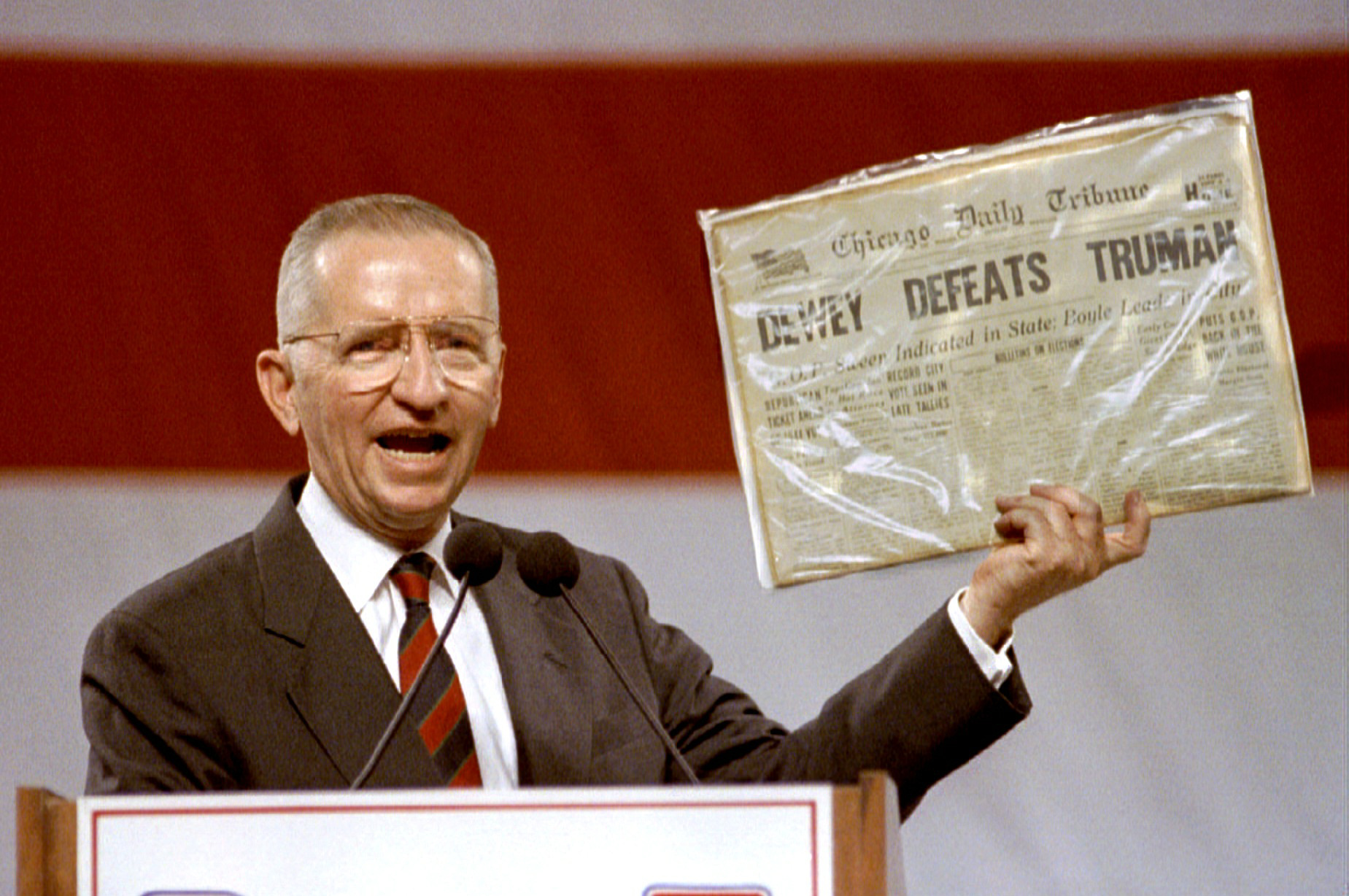 The late Ross Perot twice failed to become U.S. president, but some of his controversial views on globalization are now mainstream. That should comfort long-shot 2020 hopefuls like billionaire Tom Steyer, who bring punchy ideas that other contenders might be better at selling.

Independent Presidential candidate Ross Perot holds aloft historic newspaper that declared Thomas Dewey the victor in the presidential race against Harry Truman. Perot drew a parallel to his own candidacy in front of 12,000 people on Nov. 1, 1992.

Texas billionaire Ross Perot, who ran for U.S. president twice in 1992 and 1996 as an independent candidate, died on July 9 at the age of 89.

His campaign goals included reducing the federal deficit and addressing what he perceived as the negative effects of the North American Free Trade Agreement, which he said would create a “giant sucking sound” as American manufacturing moved to Mexico. The pact was finalized in 1992 and went into effect in 1994.

Hedge fund founder Tom Steyer announced on July 9 that he is running for U.S. president in the 2020 election. He joins a field of about two dozen Democrats looking to unseat President Donald Trump. He said fighting big corporations and climate change would be his main campaign issues.