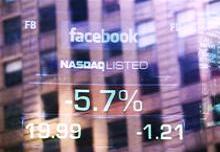 The folly of investing in Facebook has been put on full display. Peter Thiel, who bet $500,000 on the social network back in 2004, took the first opportunity available following the company’s initial public offering to unload more stock. He sold some 20 million shares, worth about $400 million. The decision cements the idea that Facebook’s IPO was run by and for its early backers. Thiel’s seat on the board is now a snub to new investors, too.

The $100 billion valuation Facebook initially fetched made geniuses out of the company’s private funders, including Thiel. He sold more than $600 million of stock in the May flotation. Venture capital firm Accel Partners and Yuri Milner’s DST Global cashed out nearly $4 billion between them. By contrast, after another 4 percent fall in Facebook’s share price by mid-afternoon on Tuesday, those who eagerly bought into the IPO are now sitting on shares worth only about half the $38 sale price.

The latest share dump by Thiel highlights a continuing problem for regular investors. Facebook structured its lockup – a standard provision that prevents insiders from selling too many shares too soon after an IPO – in an unconventional way. A staged approach means almost 1.5 billion more shares, excluding founder Mark Zuckerberg’s, could hit the market over the next nine months. Venture capitalists are generally averse to owning publicly traded stocks, and if Thiel’s peers are thinking as he does, that’s an overhang that will loom darkly over Facebook’s valuation for a while.

Thiel’s continuing role as a director, despite his stock sales, is also a reminder of the governance shortcomings at Facebook, where Zuckerberg has near-absolute control by virtue of his super-voting shares. Thiel still owns nearly $100 million of Facebook stock, more than most directors at public companies. But few directors have sold 90 percent of their stakes, either. Thiel seems to think he and his investors can do better putting most of their money elsewhere at this stage. Newer shareholders might prefer a representative who’s in their corner, even one with little real sway. Keeping Thiel on the board only rubs their noses in it.

Peter Thiel, an early investor in Facebook and a director at the social network, sold 20.1 million shares worth about $396 million, according to an Aug. 20 disclosure to securities regulators.

The falling price of Facebook's stock is seen on a screen reflected in the window of the Nasdaq building in New York August 16 2012. REUTERS/Lucas Jackson

Peter Thiel, an early investor in Facebook and a director at the social network, sold 20.1 million shares worth about $396 million, according to an Aug. 20 disclosure to securities regulators.