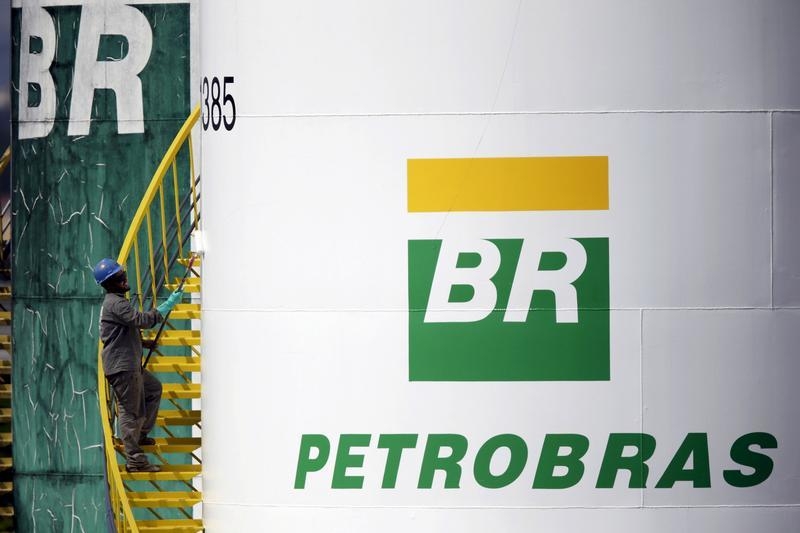 The troubled Brazilian oil giant could get some relief from state banks, which are considering converting up to $22 bln of its bonds into stock. The move would dilute current owners’ holdings, but the greater worry is a de facto renationalization by an erratic government.

Brazilian state-run lenders are considering converting part or all of their outstanding loans to Petroleo Brasileiro into equity as a way to shore up the embattled oil producer, two sources familiar with the plan told Reuters on Feb. 16. The swap would offer a government lifeline to state oil giant Petrobras, the world’s most indebted oil company, which is struggling with a sharp drop in crude prices and a multibillion-dollar corruption scandal.

State development bank BNDES, Banco do Brasil and Caixa Economica Federal are analyzing the option of debt-to-equity conversion, the sources said. The swap could involve up to 87 billion reais, or about $22 billion, of outstanding bonds, according to BTG Pactual analysts.

Standard & Poor’s downgraded Petrobras’ foreign currency bond rating to B-plus from BB on Feb. 17 after the rating agency cut Brazil’s sovereign rating to BB from BB-plus. The debt of both Petrobras and Brazil is considered speculative or “junk,” meaning that many investment funds are barred from owning their obligations because of a high risk of default.