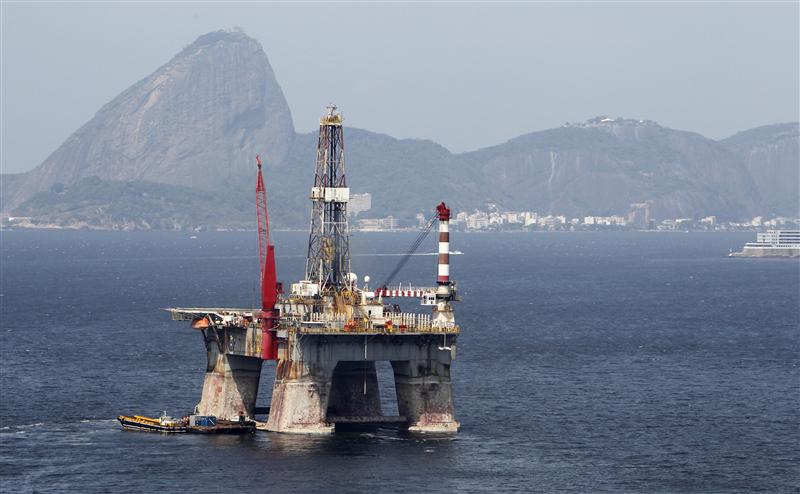 It would be hard for Brazil to let Petroleo Brasileiro go. The embattled oil company is hobbled by rising debt with bond yields pricing in a high degree of distress. The government of President Dilma Rousseff has means and motive to keep the group afloat, however. Petrobras is probably a good fixed-income bet.

Even before this year’s oil-price tumble, borrowing at Petrobras was increasing sharply because of exploration costs and an obligation to supply Brazilians with petrol at below-market rates. Falling revenue and a depreciating real have pushed debt to over 5.7 times this year’s EBITDA, as estimated by Barclays. That’s far higher than at big peers like Exxon Mobil whose ratios are closer to one time.

Deleveraging could be hard, too. Petrobras is selling assets and cutting investment at the expense of future growth. Credit-rating firm Fitch expects the company’s debt to stay above five times EBITDA “over the medium term”. Potential litigation related to a massive kickback scandal is a wildcard. The company’s five-year bonds yield almost 11 percent, and the cost of insuring against default, as indicated by its credit-default swaps, has more than doubled since the second quarter.

This situation may not be so bleak, though. Petrobras is sitting on $26 billion of cash. Domestic banks seem willing to roll over maturing debt. Bond maturities are just $5 billion a year through 2018.

Even if Petrobras, whose market value is about $30 billion, gets into more serious trouble, the government may prop it up. If so, the nearly 5 percentage-point spread between Petrobras and national 10-year debt is a bargain. Investors could earn a relatively low-risk return by buying Petrobras bonds and shorting Brazil’s.

Bailing out Petrobas directly would cost less than 10 percent of the country’s GDP against the collateral damage to other domestic companies of letting the one considered a proxy for the sovereign collapse. The government is already helping Petrobras indirectly by pushing up domestic oil prices amid a recession. It could do more, by lending the company money, forcing dividends to be cut or diluting shareholders in an equity raise.

The broader risk is a deeper economic crisis, a population that grows weary of austerity and the state allowing Petrobras to fall over while seizing its assets. That scenario seems extreme, though. Debt investors should consider the Brazilian oil company too big to fail.

Petroleo Brasiliero, the Brazilian oil company, has approved the sale of a minority stake in a gas distribution unit to Japan’s Mitsui group for $490 million.

Petrobras, as the company is known, is selling assets to help pay down its giant $114 billion of debt. Its 10-year debt maturing in 2025 yielded 10.3 percent on Oct. 26, according to Thomson Reuters data. Brazil’s 10-year bonds yielded 5.9 percent.

Petroleo Brasiliero, the Brazilian oil company, has approved the sale of a minority stake in a gas distribution unit to Japan’s Mitsui group for $490 million.

Petrobras, as the company is known, is selling assets to help pay down its giant $114 billion of debt. Its 10-year debt maturing in 2025 yielded 10.3 percent on Oct. 26, according to Thomson Reuters data. Brazil’s 10-year bonds yielded 5.9 percent.