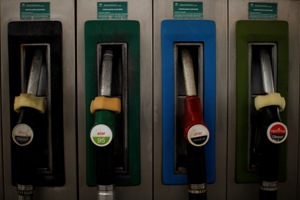 Raising prices at petrol pumps is never likely to be popular. India’s brave decision will also prove meaningless unless it is followed by bolder action to cut the more generous diesel subsidies. But the direction of travel is right and if the journey continues India could just turn a corner.

The OECD estimates that nine percent of Indian GDP is spent on fuel, food and fertiliser subsidies. Much of that public money would be better spent on more targeted cash transfers along with investment in schools, hospitals, sanitation and infrastructure. Rolling back the subsidies would also encourage more rational fuel consumption, in turn reducing India’s import bill and helping its trade deficit which has ballooned 56 percent this year on the back of high oil prices and a weak rupee. It would also help scale back the fiscal deficit which has risen to 5.9 percent of GDP.

It’s a measure of the task that even with this increase, Indian consumers will only pay half the price at UK pumps. And state-run oil companies will continue to make a loss on each litre sold. But that’s not the worst of it. According to Nomura, diesel, liquid petroleum gas and kerosene prices need to be hiked by around 38 percent, 120 percent and 220 percent respectively, in order to erase the losses of oil marketing companies. Unless increases are sanctioned elsewhere, the government may well miss its target to cap the official subsidy bill at under 2 percent of GDP.

There is no easy choice. Do nothing and the rupee will continue to slide, on both the cost of oil and the impact of Greece. But do something, and there could be a mighty public backlash. It would be nice to think that India is about to turn a corner, but the politics of the issue means the road to growth still looks pretty jammed.

State-controlled oil companies have raised the price of petrol by around 11.5 percent. The move, the first in more than six months, takes effect on May 24. The OECD estimates that fuel, food and fertiliser subsidies cost the Indian economy 9 percent of GDP.
The state oil companies together lost roughly $830 million by selling petrol at below market prices since the last price revision in December.
The rupee opened weaker on May 24 and fell to a new record low of 56.24 to the dollar.
(An earlier version of this story incorrectly referred to a trade deficit increase of 78 percent in paragraph 2)