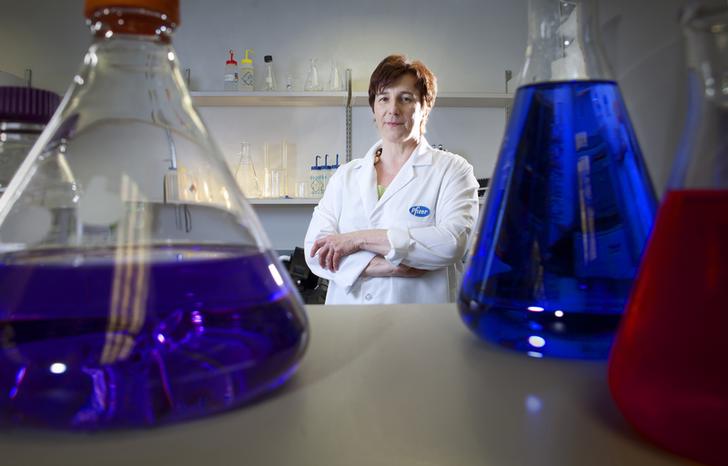 Pfizer’s merger with Allergan ought to create easy profit for traders. The drugmakers’ shares are trading far below the prices implied by Pfizer’s all-stock offer, as if the merger were going to create no value. Yet the arbitrageurs who exploit such gaps are staying away. They have little taste for massive deals – especially ones that have politicians on the warpath.

The combined market capitalisations of Pfizer and Allergan, based on what the companies call their “unaffected” price on Oct. 28, was approximately $332 billion. By the time the shares closed on Nov. 23, the day the all-share tie-up was announced, it was $312 billion. While Pfizer’s outlined tax and cost savings would have a lump-sum value of over $30 billion, the market is suggesting the two companies are worth less together than apart.

That kind of anomaly should tempt arbitrageurs. The spread between Allergan’s current price and the value of the deal at closing, after accounting for dividends, is around 14 percent. That would imply an annualised return of over 20 percent, assuming a deal closes in the third quarter of next year, for someone who bought Allergan shares and sold Pfizer short.

Arbitrageurs have been hurt by recent cancelled deals, like AbbVie’s attempt to buy Shire in 2014. Hedge funds that bet on events like takeovers and restructurings have also lost some nerve after recent market gyrations. Size matters too. The size of the transaction means the small army of funds that specialise in merger arbitrage may struggle to close the gap.

The political uncertainty burnishes the case for staying away. Pfizer’s plan, which is largely intended to cut its tax rate, has prompted a surge of criticism by U.S. presidential hopefuls as politically far apart as Hillary Clinton and Donald Trump. While it’s not obvious they could derail the deal, the tax implications mean it’s unlikely to attract many supporters. The arbs are right to be nervous.

Drugmakers Pfizer and Botox maker Allergan will merge, in a transaction that values Allergan at $160 billion, according to a Nov. 23 statement.

The deal would involve Pfizer redomiciling to Ireland, where Allergan is registered, reducing its overall tax rate. The companies would have a blended rate of 17-18 percent a year after closing.

The deal involves Pfizer paying with 11.3 of its shares for each Allergan share, according to the statement.

At their closing prices on Nov. 23, the two companies were valued at a combined $312 billion, some $20 billion less than they were on the last unaffected date.