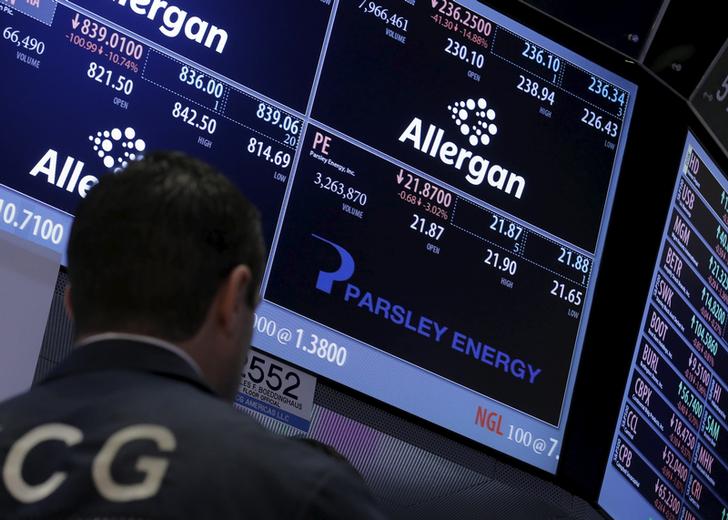 Some big funds were caught out by the failed $160 bln pharmaceutical merger, the second such “Arbageddon” after AbbVie-Shire. Embarrassing as that is, the business of betting on deals can withstand the shock: arb performance is okay, and big flops like this can be easily avoided.

A trader works at the post that trades Parsley Energy Inc. and Allergan Plc., on the floor of the New York Stock Exchange (NYSE) April 5, 2016.

Hedge funds including Paulson & Co, Third Point and Viking Global Investors lost more than $200 million each after Pfizer said it would not proceed with its planned merger with Allergan, according to Symmetric, a data group. Paulson may have lost $258 million, based on December 2015 numbers, according to Symmetric.

Pfizer said on April 6 it would cancel its $160 billion merger with Ireland-based Allergan after the U.S. Treasury tweaked rules to make it harder for U.S. companies to merge with foreign companies and shift their tax base offshore.