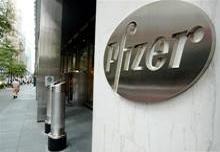 Pfizer’s $99 billion tax arbitrage bid will encourage copycats. The biggest charm of the U.S. drug giant’s offer for AstraZeneca of the UK lies in switching to a lower-tax domicile. The latest and largest such deal to hit the headlines raises the odds Congress will tighten rules – but not yet.

Inversions, by which companies relocate to cut their taxes, constitute a big merger theme. Mylan is seeking to take over Swedish Meda, which could relatively easily move to Ireland, and Allergan – itself the target of Canada’s Valeant Pharmaceuticals – is eyeing Irish-domiciled Shire, according to Reuters sources.

One big Valeant selling point in its serial acquisition strategy, including its offer for Allergan, is its own low tax rate, achieved through the earlier acquisition of a Barbados operating subsidiary. Mallinckrodt Pharmaceuticals and Actavis have maneuvered into similarly advantageous positions as buyers. Activist investors are on the case too, pressuring pharmacy Walgreen to move its headquarters overseas. More deals are in the works, advisers say.

If Pfizer takes over AstraZeneca, it would have three beneficial effects on Pfizer’s 27 percent tax rate. First, UK companies don’t pay taxes on overseas earnings. Second, the headline rate of tax on earnings is lower than in the United States – it will be 20 percent next year. And third, Pfizer could take advantage of the so-called “patent box” scheme, which will be fully phased in by 2017. The tax rate on profit made on UK-patented products will be only 10 percent.

Inversion-related deals have come in waves in recent decades. Each wave has attracted new rules making them harder. Now, for example, a U.S. company must have substantial business activities in a country if it wants to move its domicile there – hence the use of mergers. Also, the overseas partner’s owners must hold between 20 percent and 40 percent of the value and votes of the combined group. The mix of cash and stock in Pfizer’s offer for AstraZeneca would achieve that.

Such a huge deal by a well-known company, and the big loss of tax revenue, could provoke U.S. lawmakers. Although President Barack Obama has proposed rules that would almost eliminate inversions, his proposal stands little chance of becoming law. Congress is also unlikely to act during this election year. The rules may well change again later – but in the meantime, Pfizer has validated the inversion tactic and more deals will probably follow.

Pfizer said on April 28 that it had made an unsuccessful $99 billion cash and stock offer for AstraZeneca. The January offer valued the UK pharmaceutical company at a 30 percent premium to its stock price at the time.

In a so-called “inversion,” Pfizer would become a UK domiciled firm for tax purposes as the result of an acquisition of AstraZeneca.

Pfizer said on April 28 that it had made an unsuccessful $99 billion cash and stock offer for AstraZeneca. The January offer valued the UK pharmaceutical company at a 30 percent premium to its stock price at the time.

In a so-called “inversion,” Pfizer would become a UK domiciled firm for tax purposes as the result of an acquisition of AstraZeneca.