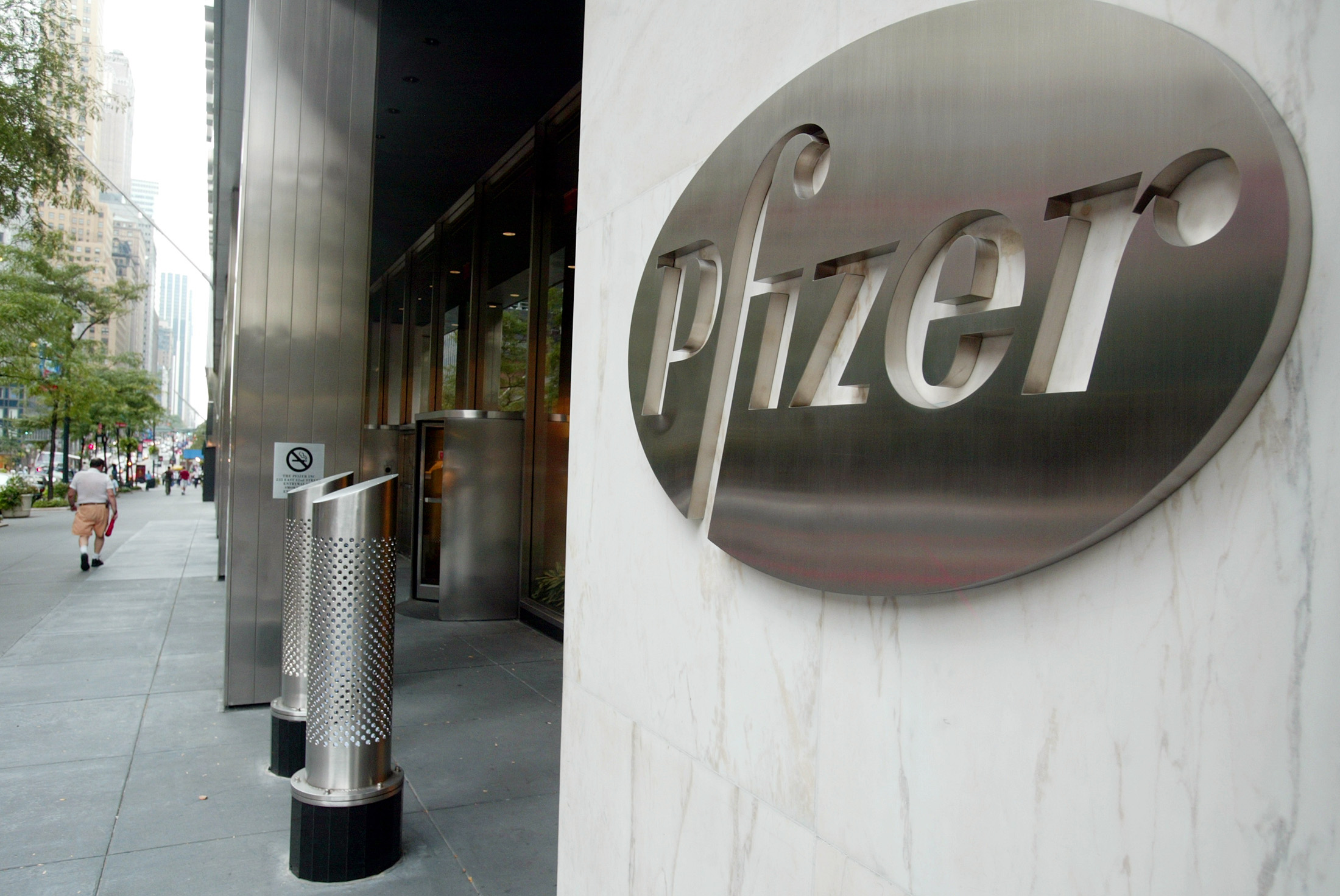 Pfizer’s $5.2 billion offer for Anacor Pharmaceuticals dodges the drug giant’s bigger issue. The $200 billion company may have bagged a good deal for the maker of eczema and toenail-fungus remedies, even though it’s paying a 55 percent premium. The more important question for shareholders, though, is whether Chief Executive Ian Read will break Pfizer up.

Anacor could eventually be a decent buy. Pfizer reckons annual sales of the target’s crisaborole eczema gel may hit $2 billion or more. That would put Anacor’s value at $9 billion, using Pfizer’s multiple of 4.5 times sales. Pfizer is also expected to make a handsome profit from Kerydin, which attacks fungus that can grow under toenails.

There are some major caveats, of course. Anacor has not yet won approval for crisaborole from the U.S. Food and Drug Administration. A decision is due by next January. And Pfizer’s estimates might not account for competing drugs and gels coming to market.

Even assuming this deal pays off as hoped, though, it probably won’t do as much for shareholders as a breakup would. Executives first floated the prospect of Pfizer splitting in two in 2011. The idea has taken on even more importance since April. That’s when the acquisitive company abandoned its $160 billion takeover of Dublin-based Allergan, because the U.S. Treasury cracked down on so-called inversions: mergers aimed at moving a company’s corporate home to a lower-tax jurisdiction.

Pfizer is already pretty well structured for a split. The Global Innovative Pharma – or GIP – unit, which accounts for just over half the company’s annual sales, sells newer drugs, with older products in the Global Established Pharma division. Separating GIP could have big upside: rival Bristol-Myers Squibb, the market leader, trades at 28 times this year’s estimated earnings; Pfizer as a whole currently trades at just half that.

Read is at present promising to make a decision about a breakup by the end of the year, and it may take another year to get one completed. GIP will, of course, need new drugs like crisaborole to ensure that it prospers. For now, though, such bolt-on deals, while useful, are just pocket change.

Pfizer has agreed to buy Anacor Pharmaceuticals for $5.2 billion in cash, the two companies announced on May 16. The price represents a 55 percent premium over the closing price of Anacor shares on May 13 and includes the assumption that Anacor’s equity-linked notes will be converted to stock.

Anacor has developed an eczema drug called Crisaborole that is awaiting approval from the U.S. Food and Drug Administration. If the drug is approved, Pfizer reckons peak sales could hit and even exceed $2 billion a year.