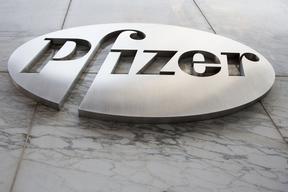 A $106 bln AstraZeneca bid would deliver savings. But drug mega-deals create little value. Pfizer could’ve bought most of the top biotech firms instead of Wyeth, its last acquisition, and had higher returns. Buying stakes in innovative companies is a preferable route to riches.

or
Request a Free Trial
or
Capital Calls: GameStop is a SPAC now
Sign in to your Breakingviews account
If you need assistance please email breakingviews.clientsupport@thomsonreuters.com

AstraZeneca on May 2 rejected a “possible offer” by U.S. rival Pfizer of $106 billion in shares and cash.

The Pfizer logo is seen at their world headquarters in New York April 28, 2014.

AstraZeneca on May 2 rejected a “possible offer” by U.S. rival Pfizer of $106 billion in shares and cash.