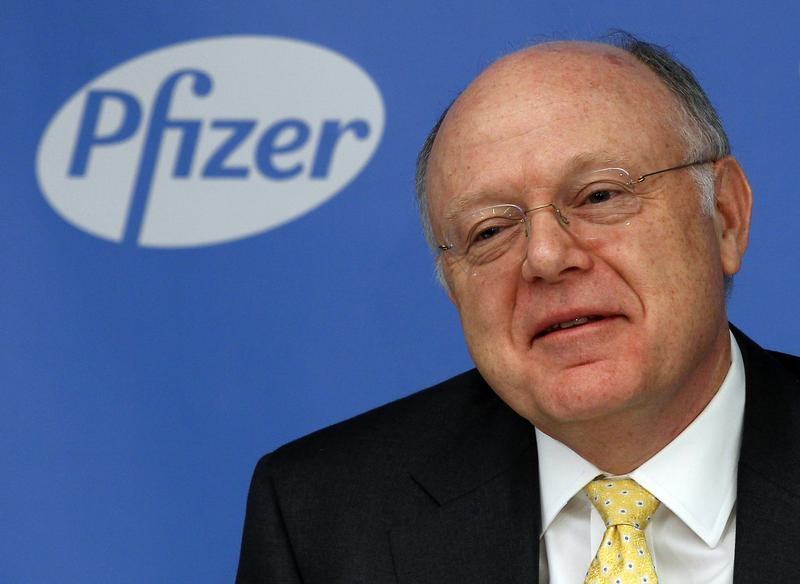 It sounds counterintuitive, but Pfizer’s $160 billion takeover of Allergan will rebuild the acquisitive drug giant’s war chest to do even more deals. Because it was structured as a merger, allowing it to flip its tax liabilities overseas, most of what Pfizer is paying comes in the form of stock. That means the pharma mega-beast will be flush with cash and eager to put it to work.

Like many American drug companies, Pfizer earns the majority of its income overseas, where it’s usually taxed at a lower rate. Under current tax rules, bringing these profits back to the United States would result in a hefty payment to Uncle Sam. This explains why Pfizer has kept a lot of cash and investments, about $36 billion worth, on its balance sheet.

The company led by Ian Read wants to continue acquiring smaller rivals, while returning cash to investors through dividends and stock buybacks. So it has also borrowed $39 billion. Allergan’s balance sheet is similar, with about $33 billion of debt, much trapped overseas. The pending sale of its generic drugs business to Teva Pharmaceutical for $40.5 billion means it will have cash of nearly the same amount sitting in its coffers when all is said and done.

Because they aren’t fretting about the U.S. tax man, European rivals like Novartis, Roche and GlaxoSmithKline carry relatively little cash compared to their debt. Pfizer’s new tax address means its finances should look more like theirs. Novartis, for example, has about $6 billion of cash and $23 billion of debt. Apply a similar ratio to Pfizer after Allergan and some $45 billion could potentially be freed up to buy rivals or even repurchase up to 14 percent of its stock.

Moreover, Pfizer says the combination will allow it to generate over $25 billion in annual operating cash flow by 2018. That’s about $11 billion more than Pfizer should churn out this year. Even if $3 billion more is needed for capital expenditures and debt payments that leaves a gusher of cash that needs to be put to work every year. Pfizer’s new balance sheet offers up big opportunity. The challenge, as ever, lies in deploying the money wisely.

Pfizer said on Nov. 23 that it had agreed to buy Allergan in a deal valued at about $160 billion, creating the world’s largest drugmaker. The company also said it will delay a decision on whether to split Pfizer into two businesses until the end of 2018. It had been expected to decide in 2016.

In the planned deal, Pfizer will move its domicile to Ireland, where Allergan is registered, in a so-called “inversion” that would slash its corporate tax rate.