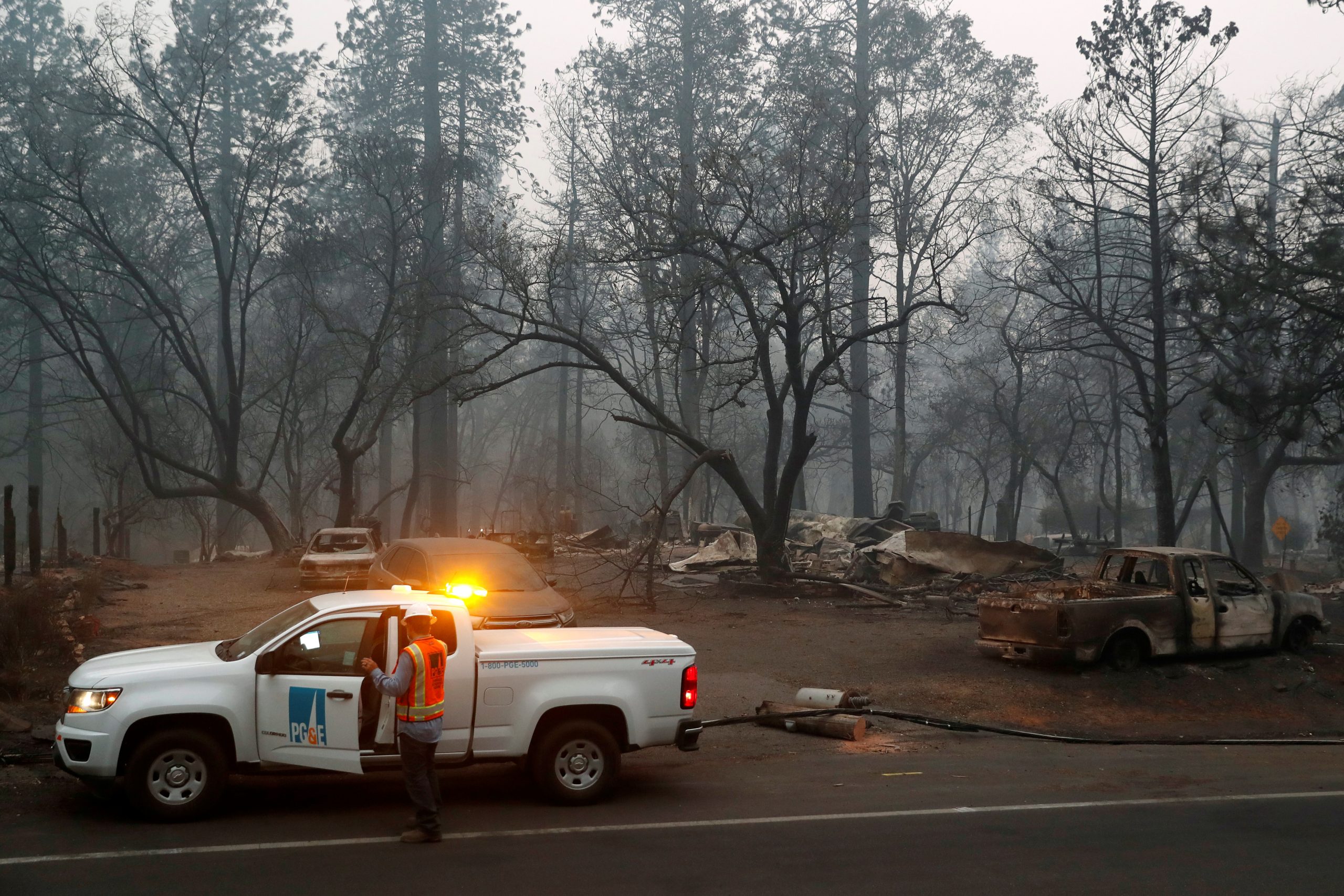 The bankrupt California utility has seized the initiative from creditors by settling wildfire victims’ claims for $13.5 bln. It’s a big step in qualifying for a state wildfire fund. Satisfying other political, legal and financial demands on the firm requires more deft juggling.

Employees of Pacific Gas & Electric (PG&E) work in the aftermath of the Camp Fire in Paradise, California, U.S., November 14, 2018.

PG&E said on Dec. 6 that it has reached a $13.5 billion settlement with victims of 2017 wildfires in northern California and the Camp wildfire in the same region the following year.

The utility declared bankruptcy in January citing potential liabilities exceeding $30 billion as a result of the fires. The settlement is subject to confirmation by the judge overseeing the bankruptcy.

PG&E has already agreed to pay $1 billion to cities and other local governments and $11 billion to insurers to settle wildfire claims.

The company said it is on path to emerge from Chapter 11 by the June 30, 2020 deadline to participate in the State of California’s fund to compensate victims of future fires.

PG&E also said it had received $12 billion of equity backstop commitments to support the settlement and its plan to emerge from bankruptcy.