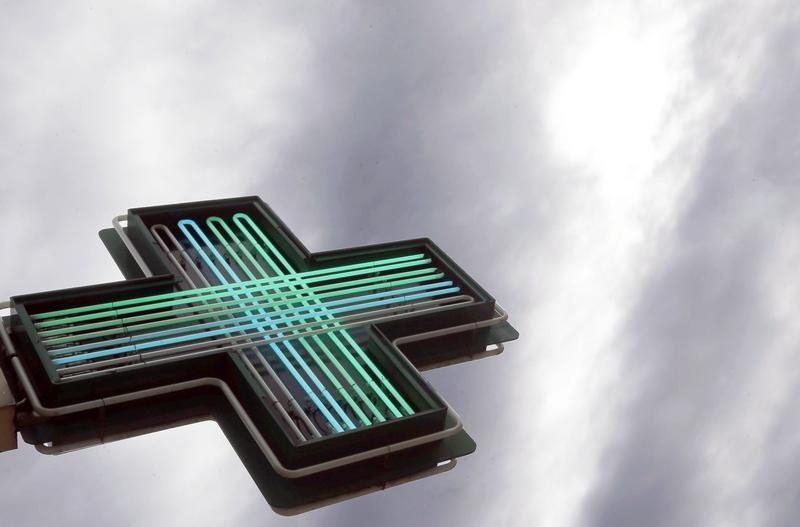 About 10 pct of drugs consumed by Americans are made in Puerto Rico. Companies from AbbVie to Zimmer state problems are manageable. Yet the FDA is warning of possible shortages – and intervening daily to ensure factories have fuel and oxygen to stay open. Earnings may be hit.

A green cross pharmacy sign is pictured in front of a pharmacy in Bordeaux, France, September 15, 2015.

Over 80 percent of Puerto Rico was without power three weeks after Hurricane Maria struck the island.

Food and Drug Administration Commissioner Scott Gottlieb warned in a public statement on Oct. 6 that shortages of key drugs and medical devices might occur. Pharmaceutical and medical product manufacturing accounts for about 30 percent of Puerto Rico’s gross domestic product. The island’s GDP was an estimated $101 billion in 2016.

About 10 percent of all drugs consumed by Americans are manufactured on the island, according to the Bureau of Economic Analysis.

Also on Oct. 6, Medtronic said it expected a $250 million hit to revenue and non-GAAP earnings in the company’s second fiscal quarter as a result of the hurricane.