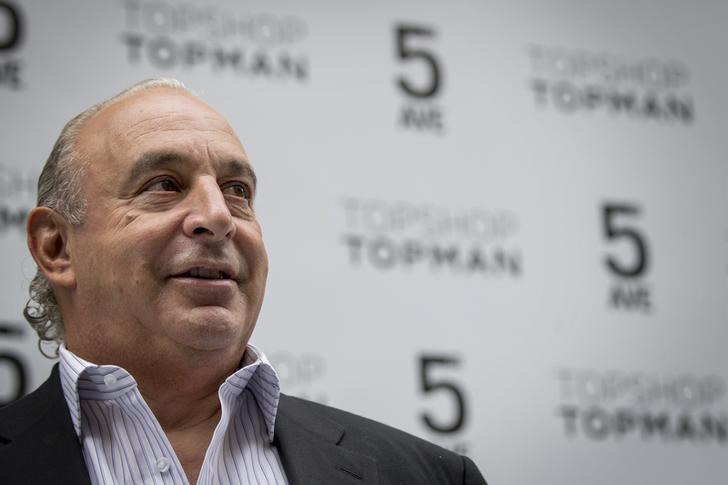 Philip Green’s latest retail disaster will hit the little guy hardest. Arcadia, owner of UK high street brands Topshop and Miss Selfridge was placed in administration on Monday. Founder Green had long ago taken his chips off the table with a 1.2 billion pound dividend. The losers are likely to be pensioners and small suppliers.

The pandemic has finally killed off Philip Green’s Arcadia. The group, which employs 13,000 people, was handed over to administrators at Deloitte after Green failed to secure offers for the business or funding amid a pandemic-driven cash crunch. It comes as other high street brands are also close to collapse, such as Debenhams.

However, Arcadia’s undoing can be traced back to 2005. Back then, following an aborted attempt to buy Marks and Spencer, Arcadia borrowed heavily to pay a dividend to Green’s wife Tina who owns Arcadia’s parent company Taveta Investments. That made UK history as the largest payout to a single person, and courted controversy given Green’s lifestyle featuring models and yachts, and his residence in tax-shelter Monaco.

In the following years, Arcadia failed to keep investing enough to keep pace with a rapidly changing retail market, and lost ground to stronger brands and savvy internet retailers, such as ASOS. Taveta on average invested 4% of its over 2 billion pounds of sales back into the business between 2005 and 2009. By comparison, high street giant Inditex invested nearly double that figure. Taveta’s revenue declined by a third between 2013 and 2018.

Taveta has little financial debt now, but the collapse will hit other stakeholders. The pension scheme has an estimated deficit of 350 million pounds, and it will be hard to claw back funds back from Green or his wife. If the administration fails to recover enough cash for retirees, its 10,000 members will be transferred to Britain’s Pension Protection Fund. Pensioners may then face a haircut, or the burden shifted to other UK schemes.

Suppliers may also lose out. Between February and July, Arcadia trebled the time it took to pay trade obligations to 90 days, and owes 250 million pounds according to Nimbla, an invoice insurer. Given the fragile state of the UK economy, many of those firms may struggle to survive. Having once been a symbol of UK entrepreneurial success, Green has ended up giving a stark lesson in moral hazard.

British tycoon Philip Green’s Arcadia fashion group on Nov. 30 was placed in administration after failing to secure financing or find a buyer.

Arcadia trades from 444 leased sites in the United Kingdom and 22 overseas.

Deloitte said Arcadia’s stores would continue to trade, its online platforms would remain operational and supplies to concession partners would continue.

British tycoon Philip Green’s Arcadia fashion group on Nov. 30 was placed in administration after failing to secure financing or find a buyer.

Arcadia trades from 444 leased sites in the United Kingdom and 22 overseas.

Deloitte said Arcadia’s stores would continue to trade, its online platforms would remain operational and supplies to concession partners would continue.