Excel in the 21st century 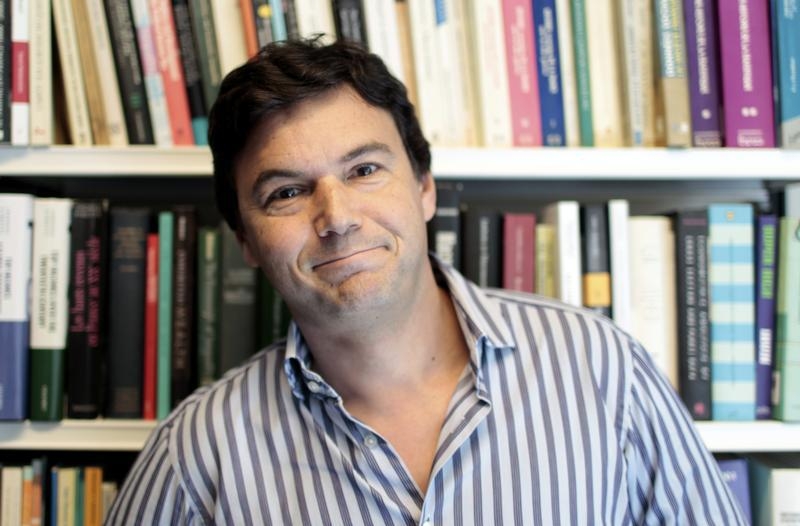 Thomas Piketty has had a bad few days. The Financial Times has launched a critique of the data behind the French economist’s bestseller “Capital in the Twenty-First Century.” In such a sweeping study, errors are almost inevitable. But he has also fallen prey to sloppy spreadsheets.

Piketty deserves credit for making his background data publicly available. Even so, the Frenchman’s spreadsheets would, in places, embarrass the greenest investment-banking analyst. Exhibit A is his habit of hard-coding adjustments into Excel formulas.

For instance, Piketty’s tables include a column calculating the share of wealth owned by the top 1 percent in France. For the period from 1810 to 1960, he pulls figures from various raw data tables and multiplies them by a hard-coded factor. This is 1.05 in all cases except for 1910, where, without explanation, it is 1.08. For 1970, he simply writes in a percentage for the wealth share, rather than referencing one of the sets of source data. More recent years involve both approaches.

Spreadsheet nerds, sometimes nicknamed “F9 monkeys”, know it’s best to keep inputs away from calculations based on them. In this case, Piketty would have been better off showing any adjustments in a separate column and leaving the wealth shares as a calculation that didn’t also include additional hardwired assumptions. Showing all inputs individually makes them easier to identify, better separates the logical steps involved in arriving at the final number, reduces the scope for errors, and makes mistakes easier to spot.

Though it’s tricky to deal with information covering many different periods, Piketty’s layout for dates in his spreadsheets is also a bit haphazard. This may have made it harder for him to catch data transcription errors – of which the FT seems to have found at least one.

It’s not clear these problems are big enough to undermine Piketty’s conclusions about inequality, wealth accumulation and economic growth. In an initial response, the French academic noted the diversity of the sources in his long-term and wide-ranging study, and said adjustments were required.

Thomas Piketty, French economist behind Socialist party candidate Francois Hollande's plan to tax all income over one million euros ($1.3 million) per year at 75 percent, poses in his office in Paris April 11, 2012.

The Financial Times on May 23 published a critique of some of the data behind Thomas Piketty’s bestseller, “Capital in the Twenty-First Century.” The FT said “mistakes and unexplained entries in his spreadsheets” act to “skew his findings.” The newspaper suggested that trends relating to inequality looked significantly different once errors were corrected and spreadsheet oddities removed.

In an initial response, Piketty said he had been dealing with “a very diverse and heterogeneous set of data sources” that required adjustment. He said he would be surprised if improvements to the data did much to affect his conclusions, and pointed to new research, published after his book was written, which supported his findings.