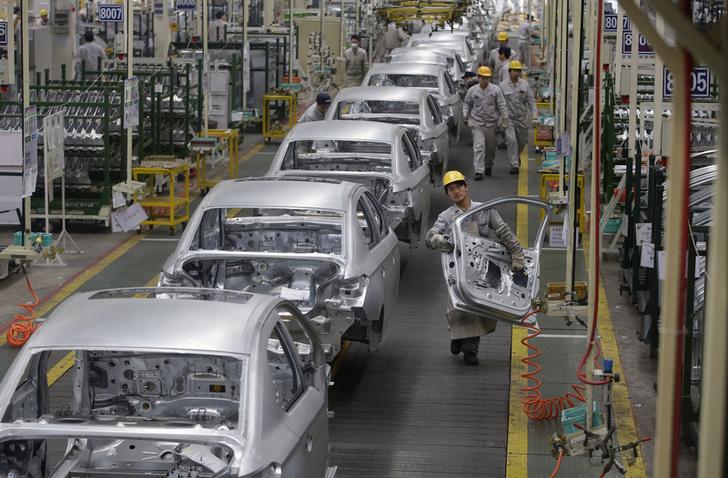 The French carmaker’s 3 bln euro capital hike is the missing link in its turnaround. Peugeot has tackled overcapacity and costs, invested in new cars, and found a capable new CEO. It is set to go global. But it will be encumbered by its new, complex shareholder structure.

An employee holds a car door at a production line of a Dongfeng Peugeot Citroen Automobile factory in Wuhan, Hubei province.

Shares in PSA Peugeot Citroen rose 2.5 percent in midday trading on Feb. 19 after the French company revealed details on a 3 billion euro capital hike and financial performance in 2013.

In a reserved capital increase and a rights issue, the French state and the Chinese carmarker Dongfeng will buy matching stakes of 14 percent in Europe’s second-largest carmaker. The Peugeot family, which currently controls 25 percent of the shares but 38 percent of the voting rights, will get diluted to 14 percent and lose its voting privileges. In an effort to mitigate dilution of existing shareholders, current investors will receive free warrants that enable them to buy a limited number of new shares for 7.50 euros per share, the same discount offered to Dongfeng and the French state in the reserved capital increase.

The group’s revenue decreased by 2.4 percent in 2013 to 54.1 billion euros. The recurring operating loss stood at 177 million euros after 560 million in the previous year.

Peugeot made bigger progreses than promised in cutting its annual cash burn, which stood at 3 billion euros in 2012. Rather than just halving it to 1.5 billion, as targeted in its guidance, it reduced its free operational cash consumption to 426 million euros.