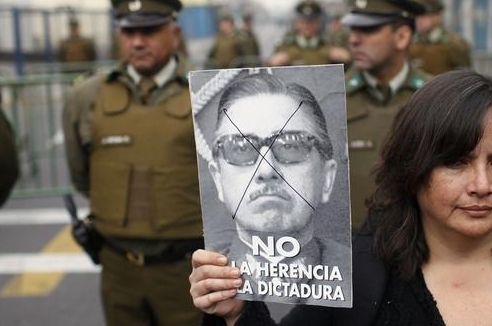 Santiago’s securities watchdog levied a $164 mln fine, the largest ever, against the late dictator’s former son-in-law and his cronies. The brouhaha has drawn unhelpful attention to some unresolved Chilean conundrums at a time when the country is struggling to attract investment.

Chilean securities regulator SVS on Sept. 1 fined SQM’s controlling shareholder Julio Ponce Lerou and his associates a total of $164 million for stock market manipulation. The fine is the largest in Chile’s history.

Ponce, who was married to late dictator Augusto Pinochet’s daughter, was sanctioned $70 million for enriching himself at the expense of other shareholders. Chile’s largest brokerage and eight other executives were also fined.

SVS filed charges against Ponce in Sept. 2013 following an investigation into suspicious trades between 2009 and 2011 among companies related to SQM, a chemicals and fertilizer group. In January 2014, SVS filed new charges against brokerage firm LarraínVial and three of its executives for their role in facilitating the trades.

Ponce counter-sued SVS head Fernando Coloma and others in October 2013 claiming corruption and abuse of power. The lawsuit was dismissed earlier this month.

Chile’s largest pension fund Provida said on Sept. 10 it would sue Ponce and LarraínVial for their involvement in the scandal.