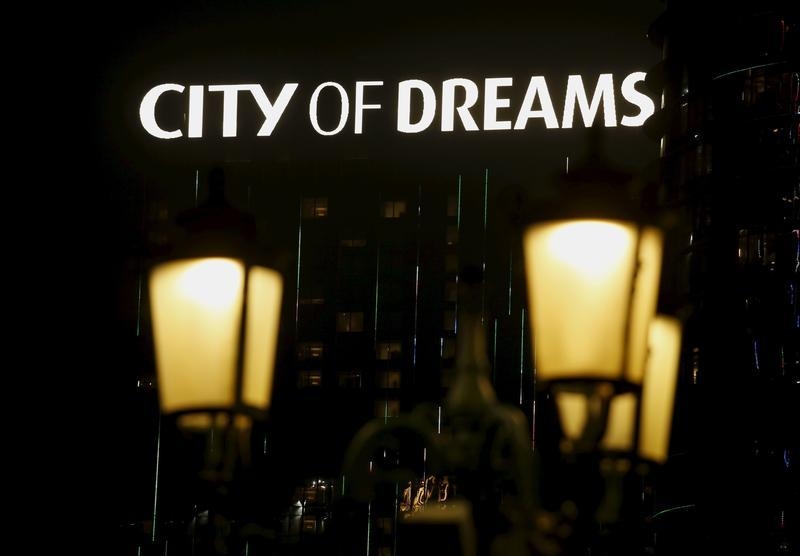 High-rollers flocking to the tables helped gaming revenue jump 22 pct last quarter to $8.3 bln. Everyday punters are a smarter bet, though, for Sands, Wynn and other casinos. Despite stiffer competition for such customers, their larger numbers and fatter margins improve the odds.

The name of City of Dreams, owned by Melco Crown Entertainment, is displayed at City of Dreams development in Macau, China November 18, 2015. REUTERS/Bobby Yip

Macau’s gross gaming revenue rose to 67 billion patacas ($8.3 billion) in the quarter ending in September, up 22 percent from a year earlier. The total reflected 35 percent growth in revenue from VIP business, and 7 percent growth in the mass market, according to China Merchant Securities.

SJM Holdings’ net profit in the third quarter fell to HK$428 million, a 16.5 percent drop from a year earlier, while revenue rose 0.6 percent to HK$10 billion from a year ago, the company said on Oct. 31.

Wynn Macau’s net revenue was $597 million in the third quarter, up 15.3 percent from a year earlier, according to a release from parent Wynn Resorts on Oct. 26. Adjusted property EBITDA rose 21.3 percent to $183 million.

Sands China earned revenue of $1.9 billion over the same period, up by 12.2 percent from a year earlier, the parent company Las Vegas Sands said on Oct. 25. Net income increased 24 percent to $403 million.

Sands also said it would invest a further $1.1 billion in new projects in Macau over the next three years, including building a London-themed attraction. Other operators including MGM Resorts and SJM Holdings are also working to finish planned resorts in the territory.