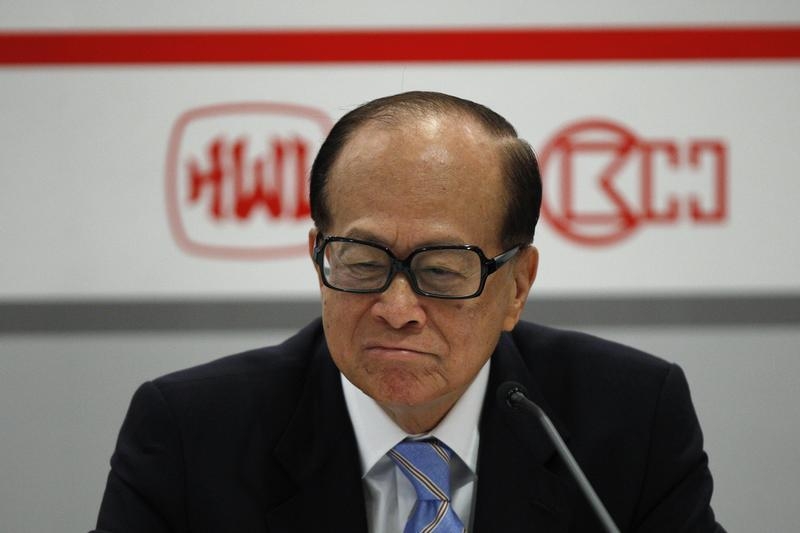 Hong Kong’s scrawny public investors have given the biggest kid in the playground a bloody nose. By rejecting tycoon Li Ka-shing’s $12.4 billion bid to merge his listed energy and infrastructure units, institutions in the Chinese territory have shown they are increasingly willing to flex their limited muscles.

The bid by Li’s Cheung Kong Infrastructure (CKI) for the 61 percent of Power Assets it doesn’t already own always looked like a case of bullying. There are good reasons for combining CKI, whose assets include stakes in British rail-leasing and water distribution companies, with an affiliate that specialises in power stations and pipelines. The problem was the terms.

When the billionaire and his son Victor launched the all-share offer in September, Power Assets shares were trading at their lowest-ever value relative to CKI. The initial ratio of 1.04 CKI shares for each Power Assets share conferred no premium to the target. A subsequent bump to 1.066 still looked mean. Power Assets shareholders also argued it should pay out some of the $8.8 billion of cash on its balance sheet before yielding to a takeover.

Hong Kong tycoons often use opportunistic bids to shuffle assets. The surprise was that shareholders, spurred on by proxy advisers such as Institutional Shareholder Services, said no. CKI needed the support of three-quarters of Power Assets’ independent shareholders. In the end, barely half voted in favor of the deal.

In the short term, the decision could prove painful for Power Assets shareholders. Hong Kong rules prevent CKI from making another offer for 12 months. In the meantime, executives who sit on the boards of both companies could steer new investments towards CKI. Shares in Power Assets dropped 5 percent on the morning of Nov. 25, compared with a 3 percent decline for CKI.

Even so, the vote suggests Hong Kong’s long-suffering institutions will no longer be pushed around. In October, Hong Kong shareholders of China Merchants Bank unexpectedly rejected changes to the lender’s employee share-ownership scheme. Taking on the powerful Li sends an even clearer message: investors may have puny powers, but they are willing to use them.

Li Ka-shing’s flagship infrastructure firm on Nov. 24 lost its HK$96 billion ($12.4 billion) bid to buy the 61 percent of cash-rich Hong Kong utility Power Assets that it doesn’t already own, in a rare defeat for the billionaire investor.

The all-stock offer by Li’s Cheung Kong Infrastructure Holdings was rejected by nearly 49 percent of Power Assets’ shareholders who voted on the deal, the companies said in a joint filing. Under Hong Kong rules, the deal needed the approval of three-quarters of independent shareholders to proceed.

“We are disappointed that the proposed merger … was unsuccessful,” CKI said in a statement. “The group will build on the strength of our existing infrastructure portfolio and balance sheet to pursue new opportunities for expansion.”

The infrastructure firm had sweetened its bid in early October, increasing the ratio of CKI shares for each Power Assets share from 1.04 to 1.066. CKI also offered an increased special dividend of HK$7.5 per Power Assets share, up from the original offer of HK$5.

Still, proxy adviser Institutional Shareholder Services (ISS) recommended that Power Assets’ investors reject the CKI bid, saying it undervalued the company and the share swap ratio was still well below a range of 1.09 to 1.20 that it estimates to be appropriate.

Under Hong Kong rules, CKI will have to wait at least another year before it can make another offer for Power Assets.