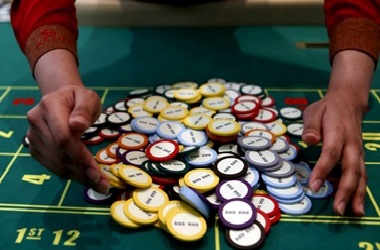 Playtech’s dealmaking setback makes its traditional business a bigger gamble. The 2.8 billion pound company, a third of which is owned by Israeli founder Teddy Sagi, said on Nov. 23 it was dropping its half-billion pound bid for UK retail currency trading platform Plus500 following regulatory objections. The withdrawal is a blow for Playtech’s attempts to build an online retail financial business alongside its mainstay of selling software to betting firms.

Playtech’s attempt to buy Plus500 always looked risky. The UK’s Financial Conduct Authority froze Plus500 customer accounts in the spring over concerns about the company’s anti-money laundering process. Now that the FCA has effectively scuppered the deal, Playtech has said that its related acquisition of Ireland’s Ava Trade may fall through, too.

Such diversification is still wise. Playtech has grown rich by bringing bookmakers such as William Hill and Ladbrokes into the modern age on the one hand, and by spicing up the offerings of savvier tech operators on the other. But industry consolidation is reducing the number of potential clients: Ladbrokes is tying up with Gala Coral; Paddy Power and Betfair have merged; and GVC is buying Bwin.Party. Demand, meanwhile, is weak. Amaya, the owner of the world’s largest online poker network, unveiled a profit warning earlier this month. Fantasy sports gambling is facing a crackdown in the United States. Increased UK regulation has raised costs.

Chief Executive Mor Weizer is growing Playtech’s revenue at a decent clip. He may be able to find more growth in markets where gambling laws are yet to be clarified. Playtech’s expertise and experience is such that it may be able to pivot towards new betting-market needs.

Moving into retail financial markets is still a smarter long-term strategy. Playtech’s acquisition of TradeFX earlier this year gives it a headstart. The company would have about 575 million euros in cash by the end of next year assuming the Ava deal is pulled, says Citi. Weizer should work out how to spend that fast to minimise the danger that gamblers are going soft.

Playtech, the 2.8 billion pound online gambling company, on Nov. 23 said it was withdrawing its 459 million pound bid for retail currency trading business Plus500 after the UK financial regulator raised concerns over the deal.

Playtech said it had decided it would be unlikely to address the Financial Conduct Authority’s reservations before the end of this year. It added that the termination of the deal increased the risk that another bid it has made for Ireland’s Ava Trade could fall through.