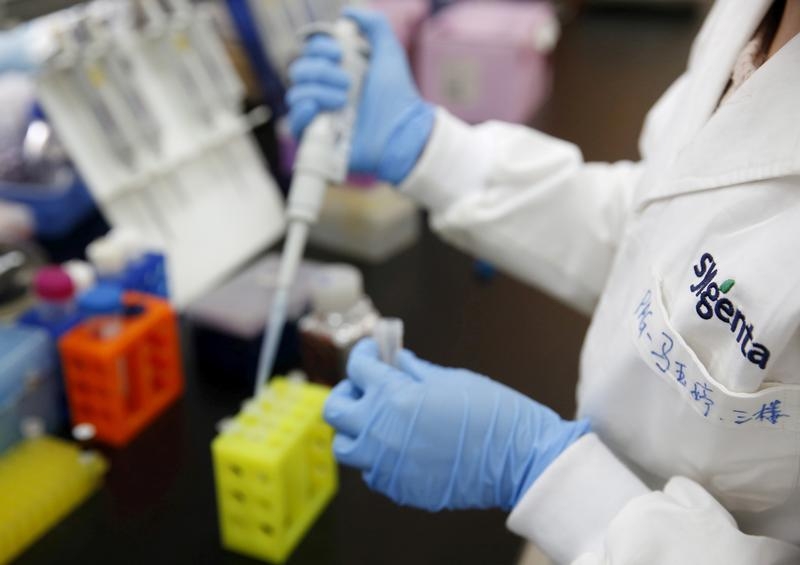 A leadership conclave this week is a prelude to a reshuffle of the party’s top cadre. That’s a distraction for the officials whose jobs hang in the balance at state firms like ChemChina. And it’s one more reason to worry about the completion of Chinese outbound deals.

A researcher uses a pipette to develop assay to detect specific gene of corn at a lab in Syngenta Biotech Center in Beijing, China, February 19, 2016. REUTERS/Kim Kyung-Hoon/File Photo - RTX2MMN4

Syngenta shares closed down 5.8 percent on Oct. 24 after the European Commission triggered doubts about ChemChina's $43 billion bid for the Swiss pesticides and seeds group.

The companies met with the EU antitrust authority a week ago in a bid to allay competition concerns about China's largest-ever foreign investment. They had until Oct. 21 to do so.

Commission spokesman Ricardo Cardoso said in an email to Reuters that the companies had not offered any concessions. This means that either the Commission will clear the deal unconditionally by an Oct. 28 deadline or open a full investigation, a process that can take up to five months.

Meanwhile in Beijing, the ruling Communist Party kicked off its plenum, a four-day annual gathering of its hierarchy on Oct. 24. The meeting marks a one-year countdown to China's next leadership reshuffle, when hundreds of political positions will change hands.