Brain the size of a planet 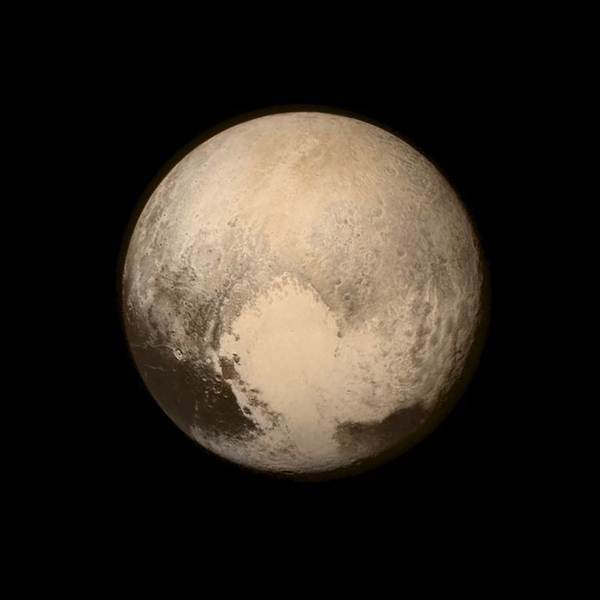 July 14 has been a good day for basic science. The journey of NASA’s New Horizons spacecraft to Pluto reached the closest point to its dwarf planet target. Meanwhile, European researchers have by their account proven a 50-year-old theory about matter, identifying – essentially by accident – a subatomic particle made up of five quarks.

Such things don’t come cheap. The tab for the New Horizons mission, at about $700 million over 10 years, looks modest compared with NASA’s whole budget at north of $18 billion. The annual expenses of the CERN research organization – where the Large Hadron Collider just revealed the pentaquark and previously helped scientists find the much-hyped Higgs boson – are about $1.2 billion a year.

Critics of the U.S. space agency’s funding weren’t in evidence on Tuesday, but there are people who want research funded by the private sector rather than taxpayers. It’s true that the relatively open-ended efforts at, say, Google – perhaps the nearest current equivalent of the famed Bell Laboratories in their heyday – offer some analogous potential rewards. The Silicon Valley giant spent $10 billion on research and development in 2014.

Yet government-funded science goes beyond what companies generally can do. The Pluto spacecraft, for example, was launched in early 2006. An investment involving a decade of travel time alone would be next to impossible to justify in the corporate sphere. CERN’s LHC first started up in 2008, nearly a quarter of a century after the first official airing of the plan.

Few would argue with the intellectual, inspirational and even political payoffs from the investment that took U.S. astronauts to the moon in 1969. The benefits often reach the real world, too, though the transfer can take years. NASA had a role in developing memory foam, for instance, among many technologies that now have applications way beyond space programs. Ministry of Supply provides a more recent example: the company, whose founders met at MIT and originally raised funds through Kickstarter, uses NASA fabric technology in its quest to re-invent the business shirt.

Even SpaceX, entrepreneur Elon Musk’s innovative private rocket company, benefits from a $1.6 billion contract with NASA. Setting aside the real-economy aspects, though, the public reaction to New Horizons and CERN’s work demonstrates that there’s an instinctive excitement about basic science – and an implicit recognition that it’s a public good worth paying for.

Pluto nearly fills the frame in this image from the Long Range Reconnaissance Imager (LORRI) aboard NASA's New Horizons spacecraft, taken on July 13, 2015, when the spacecraft was 476,000 miles (768,000 kilometers) from the surface and released on July 14, 2015. More than nine years after its launch, the U.S. spacecraft sailed past Pluto on Tuesday, capping a 3 billion mile (4.88 billion km) journey to the solar system’s farthest reaches, NASA said. This is the last and most detailed image sent to Earth before the spacecraft's closest approach to Pluto on July 14. The color image has been combined with lower-resolution color information from the Ralph instrument that was acquired earlier on July 13. This view is dominated by the large, bright feature informally named the "heart" which measures approximately 1,000 miles (1,600 kilometers) across. The heart borders darker equatorial terrains, and the mottled terrain to its east (right) are complex. However, even at this resolution, much of the heart's interior appears remarkably featureless - possibly a sign of ongoing geologic processes. REUTERS/NASA/APL/SwRI/Handout

After a decade-long journey, NASA’s New Horizons spacecraft made its closest approach to Pluto on July 14, at about 7,750 miles above the surface. That makes it the first-ever space mission to explore a world so far from earth.

During a 30-minute dash past Pluto and its entourage of five moons, New Horizons was set to perform a carefully choreographed series of maneuvers to position its cameras and science instruments for hundreds of observations.

Already, scientists have learned that Pluto – once considered the ninth and outermost planet of the solar system, but more recently reclassified as a dwarf planet – is bigger than thought, with a diameter of about 1,473 miles.

Separately, data from the Large Hadron Collider outside Geneva appears to have proved the existence of particles made of five quarks, solving a 50-year-old puzzle about the building blocks of matter, scientists said on July 14.

A spokesman for CERN, the physics research center that houses the LHC, said a telltale “bump” in a graph of billions of particle collisions could only be explained by a five-quark particle.

Quarks are the ingredients of sub-atomic particles such as protons and neutrons, which are made of three quarks. A five-quark version, or pentaquark, has been sought, but never found, since Murray Gell-Mann and George Zweig theorized the existence of such particles in 1964.