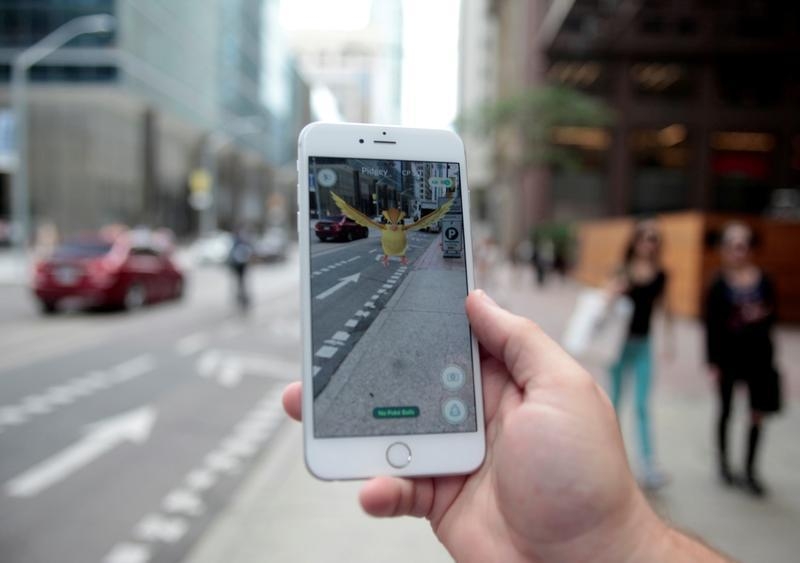 Pokemon GO has lured stock-market investors into playing familiar games. Nintendo stock has almost doubled thanks to the runaway success of the augmented-reality game. Shares have also soared in smaller firms offering Pokemon bread, burgers, cartoons and arcades. With Nintendo now retreating, this looks like a classic case of investors piling into a good story and markets overshooting.

As of late morning on July 20 in Tokyo, Nintendo shares had fallen about 13 percent, slashing their gains since Pokemon GO’s launch a fortnight earlier to a mere 92 percent. Even so, that still translates to an extra $17.7 billion of market value, though that figure is inflated by Nintendo’s roughly 15 percent holding of treasury stock.

Meanwhile, McDonald’s local unit, reportedly a partner for the Japanese launch of the game, is up 19 percent in the same period. First Baking, the baker of “Pokemon Bread”, has run up 21 percent. Sanoyas, a shipbuilder whose theme-park arm runs the “Pokemon Expo Gym”, has leapt 242 percent. Imagica Robot Holdings, which recently bought Pokemon anime studio OLM, has risen 74 percent.

There is a case for dramatically reassessing the value of Nintendo if it can thrive in mobile gaming. But moves this sharp, and trading this frenzied – on July 19 Reuters reported that Nintendo was making up a quarter of all trading on Tokyo’s main board – cannot be based entirely on fundamentals. The heady gains for Imagica and Sanoyas suggest retail investors are just desperate for another way to punt on Pokemon.

Compared to, say, the wild and immature Chinese markets, you might expect Japan’s ageing population and moribund economy to make the country less susceptible to the lures of “concept stocks”. But of course, in the late 1980s Japan hosted one of history’s most epic bubbles, with the benchmark Nikkei 225 index trebling in four years, and an accompanying frenzy for property and art. In comparison, the Pokemon craze is a pocket-sized bubble.

Shares in Nintendo fell sharply on the morning of July 20. By 11:25 a.m. in Tokyo (0225 GMT) they had fallen more than 13 percent to 27,605 yen a share. The stock is still up 92 percent versus its close on July 6, the day that augmented-reality game Pokemon GO was launched.

Shares in McDonald's Holdings Company Japan stood 9 percent higher at 3,490 yen. Without citing its sources, TechCrunch said the fast-food chain operator would become the game's first sponsor in Japan, with its 3,000-plus restaurants becoming "gyms", or battlegrounds, for Pokemon collectors.