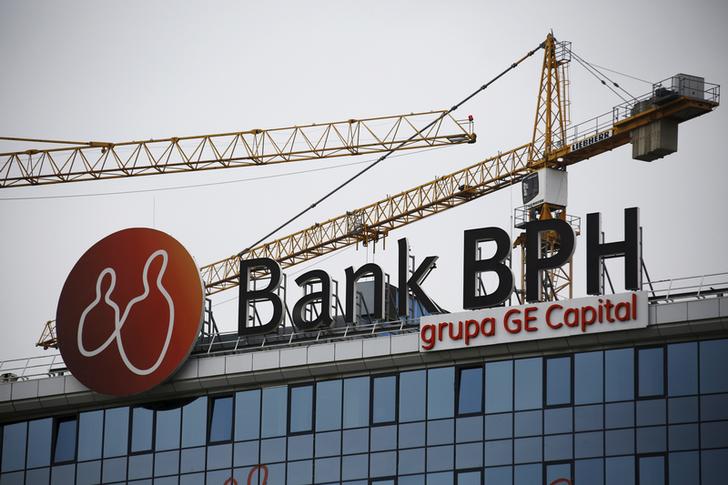 Warsaw could force lenders to cough up $5.9 bln to relieve borrowers with Swiss franc mortgages not obviously in distress. With elections looming, the party ahead in the polls wants to tax banks’ balance sheets. It may be pure politics, but the danger is that foreign money flees.

The logo of Poland's Bank BPH, owned by General Electric (GE), is seen on their headquarters in Warsaw, Poland August 25, 2015.

Poland may revise plans to convert foreign-currency mortgages into zloty, potentially placing a lower than previously expected burden on banks.

The senate finance committee wants to restore a bill on converting foreign exchange-denominated mortgages into local currency to the original version that left lenders with smaller exposure, head of the committee Kazimierz Kleina said on Aug. 27.

The foreign currency loans conversion bill could cost the country’s banks about 22 billion zlotys ($5.9 billion; 5.2 billion euros) if it goes ahead in its present form, a document from the financial regulator KNF published by state news agency PAP on Aug. 11 showed.

Poland’s main opposition party, Law and Justice (PiS), is leading in opinion polls ahead of elections in October, with 36 percent support, ahead of the ruling Civic Platform (PO), which has 27 percent, according to pollster CBOS.

PiS has said it wants to implement a banking sector balance sheet tax, possibly of as much as 0.39 percent of assets, though this may not be introduced until 2017.