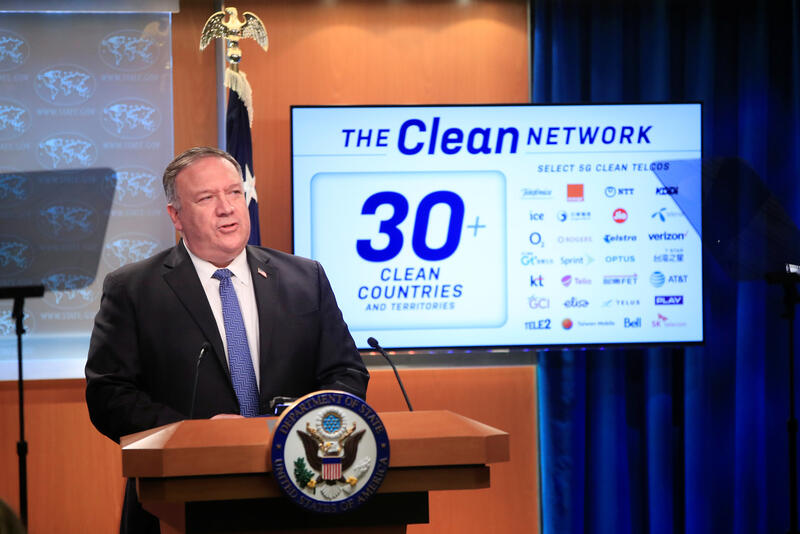 The U.S. Secretary of State’s “Clean Network” initiative wants to purge America’s internet of Chinese telecoms, apps, and cloud services. Washington aims to ring-fence the People’s Republic, and Mike Pompeo is seeking allies. The costs for companies on both sides could be high.

U.S. Secretary of State Mike Pompeo speaks during a news conference at the State Department in Washington, U.S. August 5, 2020.

U.S. Secretary of State Mike Pompeo on Aug. 5 announced the expansion of the "Clean Network" program, which includes five initiatives to defend sensitive information from "malign actors" including the Chinese Communist Party.