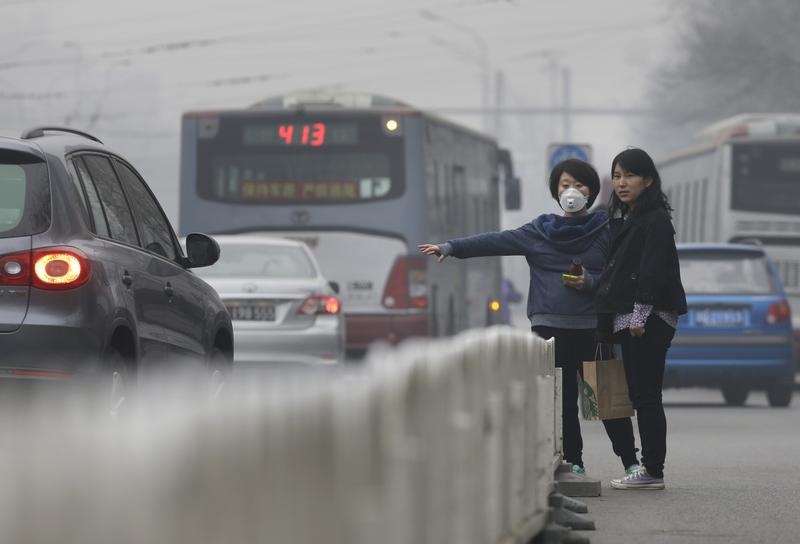 Car-hailing services in the United States and Asia are linking apps. The financial benefits from allowing customers to roam overseas are likely to be small. But sharing data and tech insights could help the quartet fight back harder against Uber in their respective home markets.

A woman wearing a mask waits for a taxi on a heavy hazy day in Beijing, March 27, 2014. REUTERS/Jason Lee

Lyft and Didi announced a global partnership with India’s Ola and Singapore-based GrabTaxi on Dec. 4. The four ride-hailing services said they plan to link their apps later this year. They will also collaborate by sharing data. Didi invested $100 million in Lyft in September, and was part of GrabTaxi’s $350 million fundraising round in August.

Didi is raising more than $1.5 billion in a fundraising that will value it at $25 billion after the infusion of new money, according to a person familiar with the situation. Both existing investors, including gaming and social media giant Tencent and e-commerce group Alibaba, and new investors are participating in this financing round.