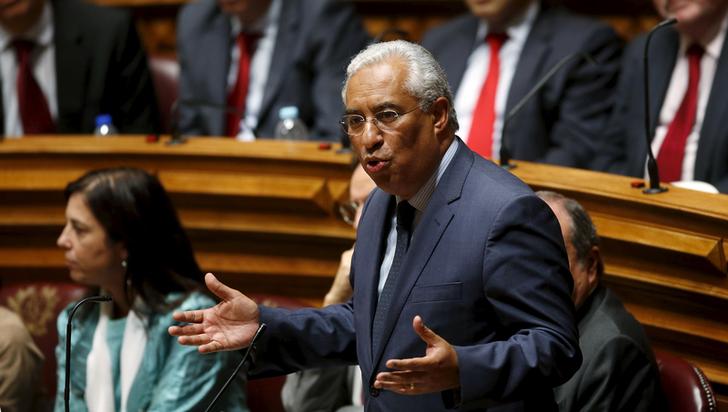 Portugal is dangling between stasis and crisis. A group of left-wing parties could replace Portugal’s centre-right minority government after a key vote on Nov. 10 on the country’s economic programme. This communist-backed coalition could repeal reforms. Or it may prove weak, causing a damaging stalemate.

Imagine the current government topples on Nov. 11, as looks likely. The risk of a euro exit is unlikely to come to the fore immediately. The Socialist Party, led by Lisbon mayor Antonio Costa, has argued the left group will respect euro zone rules. But Costa will also have to rely on two parties that wish to repeal neo-liberal pro-market reforms. The Communist Party openly campaigned to leave the euro zone.

If Portugal’s position shifts, it will be left exposed. Markets could refuse to lend to it – bond yields have risen sharply in recent weeks despite the European Central Bank buying up government bonds from countries including Portugal – and the country could fall out with euro zone partners. Portugal’s previous cuts and an economic recovery should enable it to keep its deficit below 3 percent next year, the euro zone’s excessive deficit threshold. But over time tensions will rise over the requirement for Portugal to keep deficits down and make its economy competitive.

One flashpoint could be the European Central Bank’s bond purchases. Portugal’s debt will become ineligible for purchases if its credit rating falls below BBB-. A downgrade would put the euro zone on the spot. Making Portugal ineligible would throw it back into crisis and potentially trigger a bailout. But lenience would undermine the euro zone’s fiscal and economic rules and the ECB’s bond-buying.

The more likely scenario is protracted uncertainty. The left government is likely to be weak and fragmented between the harder left and more mainstream pro-Europeans. That could lead to sustained political uncertainty, possible fresh elections and a slowdown in investment and reforms. That’s bad news for a country with public and private debt worth more than 400 percent of GDP. It will make Portugal’s next recession worse when it inevitably comes.

Portugal’s minority government led by Pedro Passos Coelho’s Social Democratic Party (PSD) will seek parliamentary approval for its economic programme on Nov. 10. A centre-left group led by the Socialist Party (PS) is likely to reject the programme, an effective vote of no confidence.

On Nov. 6 the Socialist Party said it reached agreement with the Communist Party and Left Bloc to form a government and oust the centre-right government.

The yield on Portugal’s 10-year government bonds has risen by about 60 basis points since Oct. 5 to 2.84 percent. It now pays a spread of 2.13 percent over equivalent German debt.