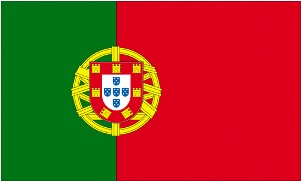 Greece’s government debt burden is clearly unsustainable, but what about Portugal? It is not a clear-cut case. After years of lax management and slow growth, the debt and deficit numbers are intimidating for any government in Lisbon. But the current one is determined to avoid a restructuring. With a bit of economic luck – and some patience from investors – it might just manage to pull through.

Portugal’s budget deficit clocked in at 8.4 percent of GDP in the first half of the year, uncomfortably far above from the 5.9 percent plan in the programme agreed with troika (the European Commission, IMF and European Central Bank). Next year’s target is 4.5 percent. To reach it, the government has announced more austerity measures – which could deepen the recession. The IMF predicts GDP will shrink about 2 percent this year and the next, before growing again in 2013.

On those assumptions, public debt to GDP will stabilise at 115 percent by 2013 – the year in which Portugal must start funding itself in the market. It will be tricky. The plan includes 12 billion euros from the EU-IMF facility to recapitalise its banks, and assumes the banks will find enough funding to avoid a severe credit crunch.

And after austerity comes years of meagre GDP growth: the IMF predicts a 0.3 percent annual rate between 2009 and 2016. The fiscal result is unimpressive: debt at 110 percent of GDP in 2016. That is probably high enough to slow growth and certainly would put the country at risk of another crisis of investor confidence.

Why not admit defeat and restructure? The main reason is that the country’s new centre-right coalition government, which came in June and has a majority in parliament, is determined to avoid writedowns. Prime Minister Pedro Passos Coelho has already made progress on structural reforms, including the labour market. Besides, Portuguese voters seem resigned to an overhaul of their economy, something which is necessary to improve on a long record of disappointing growth. The new administration deserves some time to show what it can do.

Portugal’s prime minister announced more austerity measures to avert what he described as “a national emergency”. In a televised address on Oct. 13, Pedro Passos Coelho said the country will eliminate civil servants’ year-end and holiday bonuses and extend working hours in the 2012 budget. Working hours will be extended by half an hour every day under the new plan. Value-added tax will rise on many items, and tax deductions for higher earners will be cut.
Portugal has committed to cut its deficit from 9.8 percent of GDP last year to 5.9 percent in 2011 and 4.5 percent in 2012.