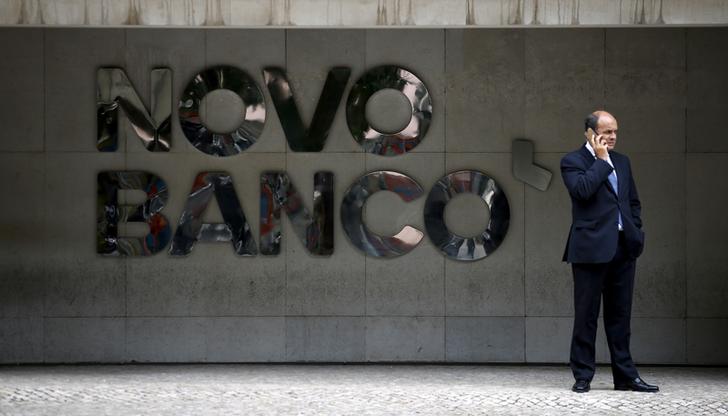 Portugal’s ropey Banco Espirito Santo rescue has come home to roost. The bust lender’s “good bank”, Novo Banco, needs 1.4 billion euros, the European Central Bank said on Nov. 14 after conducting new stress tests. This mess could have been avoided if Portugal had been bolder in its handling of BES last year.

Lisbon’s August 2014 rescue of BES, which imploded under the weight of shaky exposures and complex intra-group guarantees, fell between two regimes. From January 2016, the European Union will force shareholders and debt holders alike to take losses. BES, though, came too soon for that. It was split into two, with equity holders and junior creditors taking losses in a bad bank with the worst exposures. The newly created Novo Banco’s healthier loans were to be backed by deposits and senior creditors.

The snag was this left a 4.9 billion euro gap, which needed to be filled via a contribution from Portugal’s bank resolution fund. The Portuguese state stumped up most of the bill, on the understanding that it would be paid back when Novo Banco was sold to the private sector before summer 2016. If Novo Banco’s sale price proved smaller than the loan, the resolution fund would make up the difference.

This is where Lisbon now finds itself. Although Novo Banco’s capital hole is actually smaller than the 2 billion euros some analysts had feared and the bank has plans to sell some assets, it’s now unlikely the bank can be sold without a tangible discount. It’s possible that Portugal’s banks can limit their pain by gradually rebuilding the resolution fund over time, rather than taking any hit upfront. But if Portugal doesn’t want to do either, it will have to lobby for the EU-imposed sale deadline to be pushed back.

All this could have been avoided if Lisbon had just taken a tougher line with BES’s senior creditors. Their holdings still amount to 5.6 billion euros, according to Exane BNP research, after deducting the value of bonds that matured in 2015. Because the law demanding they take a haircut hadn’t formally come in, such a move could have undermined Portugal’s image as a good place to invest. As things are now, though, that isn’t looking too hot anyway.

A man uses a mobilephone outside Novo Banco's headquarters in Lisbon, Portugal September 15, 2015.

The European Central Bank said on Nov. 14 that Novo Banco, a Portuguese bank created with the good assets of the collapsed Banco Espírito Santo, needs 1.4 billion euros in fresh capital.

Novo Banco has two weeks to present a plan of action and nine months to plug the gap. The Bank of Portugal said in a statement that Novo Banco had already started working on a plan to raise capital through asset sales. It said preparations for the new sale process would start immediately, now that one of the main uncertainties affecting the previous attempted sale has been clarified.

The central bank cancelled the auction of Novo Banco in September after the bids it received were seen as too low.